Williamstown is the northwesternmost town in Massachusetts. The town is bordered on the north by Pownal, Vermont, on the east by Clarksburg, North Adams and Adams, on the south by New Ashford and Hancock, and on the west by Berlin and Petersburgh, New York.

The primary industry was agriculture, particularly dairy farming, sheep herding and wool production. Sawmills and gristmills operated by water power at the streams. With the Industrial Revolution larger mills were added, including the Walley Mill and Williamstown Manufacturing Company (Station Mill), both of which produced textiles. The A. Loop & Company (Water Street Mill) produced twine. With the opening of the railroad, tourists arrived.

Several inns and hotels were established, including the Idlewild Hotel and Greylock Hotel. In the late 1930s and 1940s, E. Parmelee Prentice and his wife Alta, the daughter of John D. Rockefeller, created Mount Hope Farm. With a mansion designed by James Gamble Rogers, it was one of the outstanding experimental farms in the country. Today, it belongs to Williams College, which remains the largest employer in town. 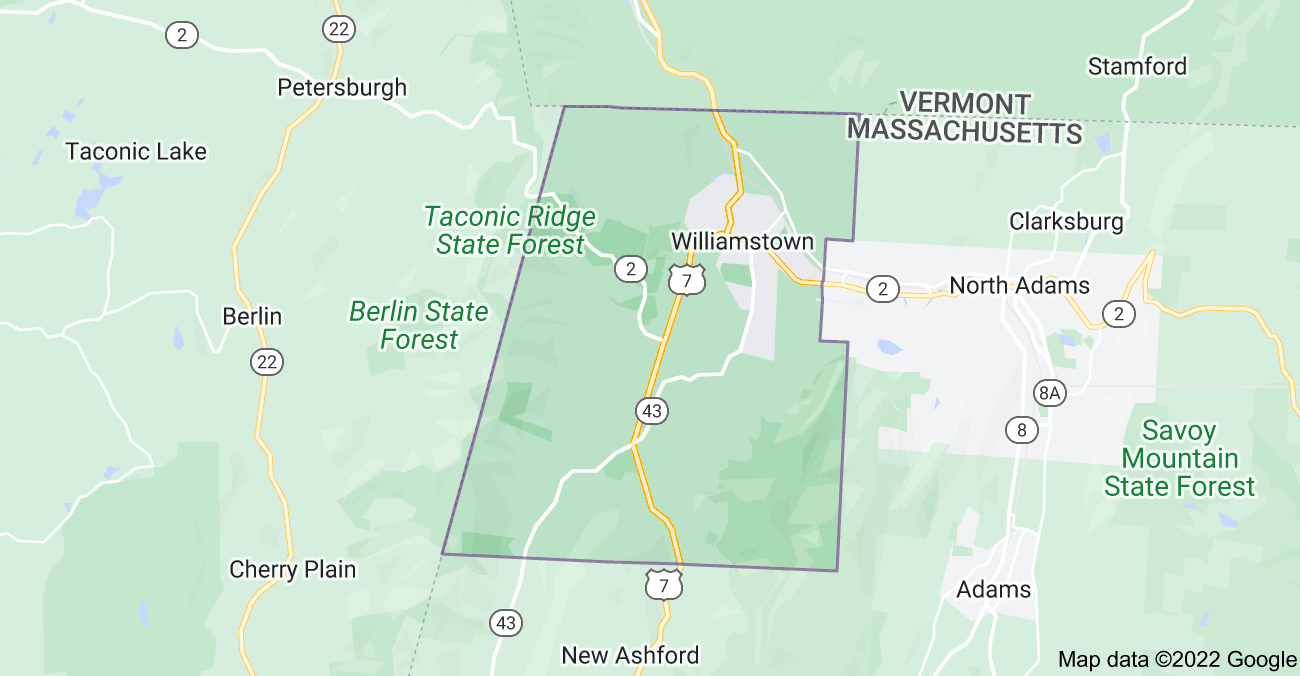 What’s My Williamstown Home Worth?