Following the close of the second World War, agriculture has rapidly disappeared and housing developments have taken its place. Now the town is essentially residential, with farming limited to a dozen or so specialized farms. This trend to residential predominance led inevitably to a serious-minded fire department about 1920, a water system in 1926, a zoning system and planning board beginning in 1928 and maturing in 1946, and a police department about 1954.

Industry was limited principally to textiles in the early days, located on the Scantic River and on Twelve Mile Brook. Later came the Collins Manufacturing Company (paper) and the Cutler Company (grain processing, driers and gristmills) on the Chicopee River. The Collins paper mill was the largest employer.

Education has always been considered seriously in Wilbraham. The meager private schools and frugal public schools were given great impetus by the location of Wesleyan Academy here in 1825. 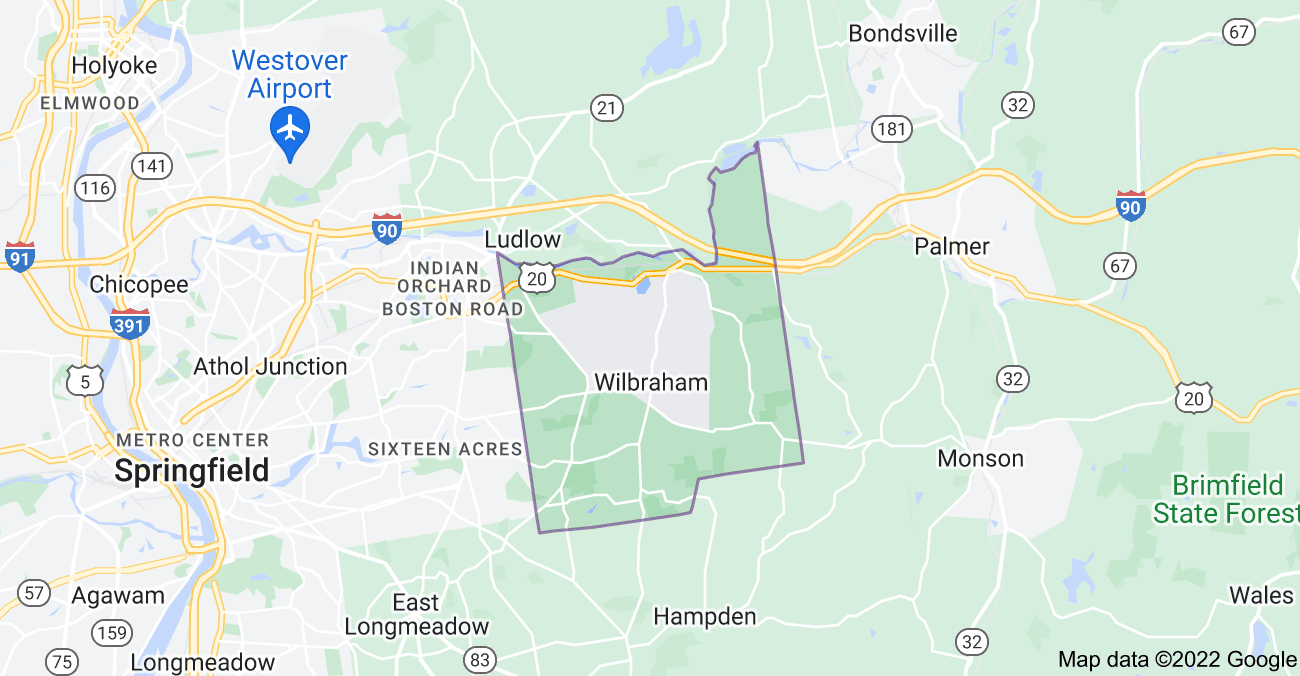 What’s My Willbraham Home Worth?