Whitman was first settled by Europeans in 1670 and was officially incorporated in 1875. Prior to becoming Whitman, it was formally the southern parish of the town of Abington. The new name, Whitman, was taken from Augustus Whitman, whose family who grew up in South Abington, and was adopted in 1886. Though before adopting the name Whitman, the small town was known as Little Comfort.

In the 1970s, Whitman was home to a then-secret National Security Agency classified materials disposal facility built on Essex Street by American Thermogen Inc. It was code named “White Elephant No. 1” and it was to be the prototype for the government’s premier “classified waste destructor”. Reaching temperatures up to 3,400 degrees the three story incinerator did not work up to expectations—only operating a limited number of hours and not always fully destroying the material—and after spending $1.2 million to build the unit it was abandoned. It was one time used as a club house by children in the area, and later dismantled. The office section, and some of the warehouse area, still remain in use by new owners. 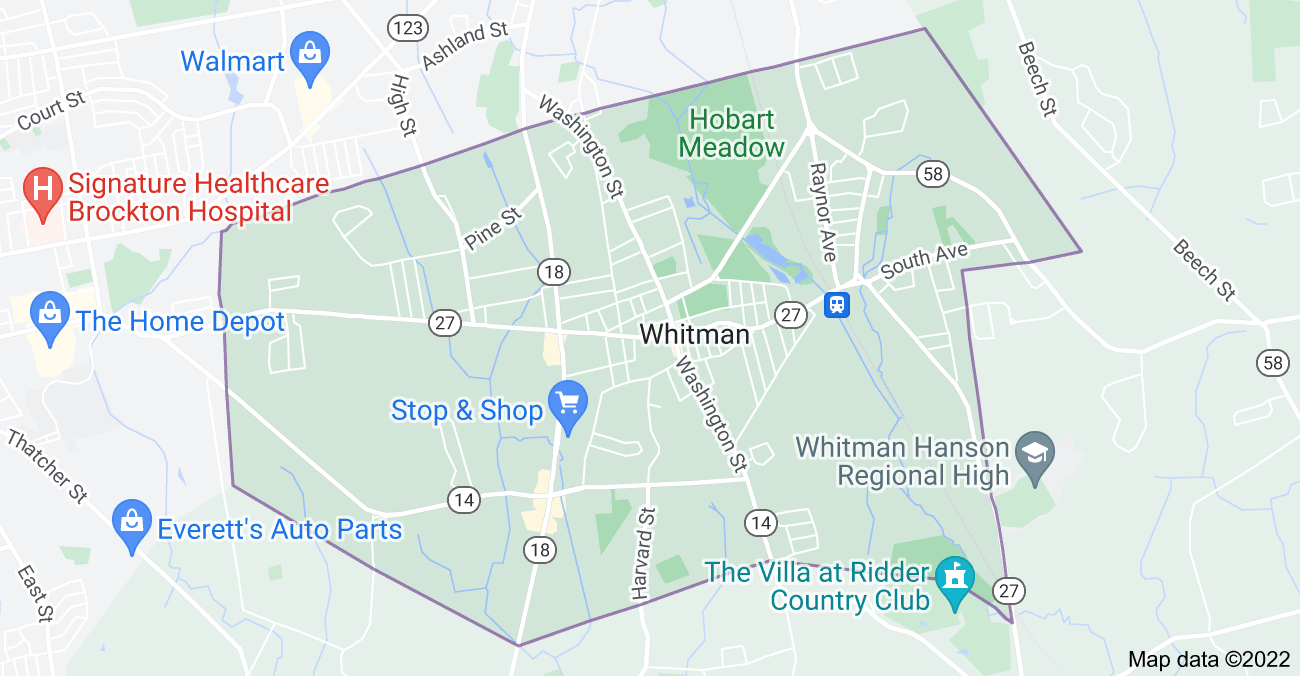 What’s My Whitman Home Worth?