Westport is a town in Bristol County, Massachusetts, United States. The population was 15,532 at the 2010 census. Summer population is nearly increased by one quarter by summer residents.

There are five historic“villages” or areas of Town known by different names  These are North Westport(known in former times as Westport Factory);”Westport Point” where Main Road meets the river “Central Village” with town offices, retail stores and businesses; “Head of Westport” at the head of the east branch of the Westport River; and “Acoaxet” or “Westport Harbor” which is between the west branch of the river and Rhode Island reached by driving through a tiny portion of Rhode Island. 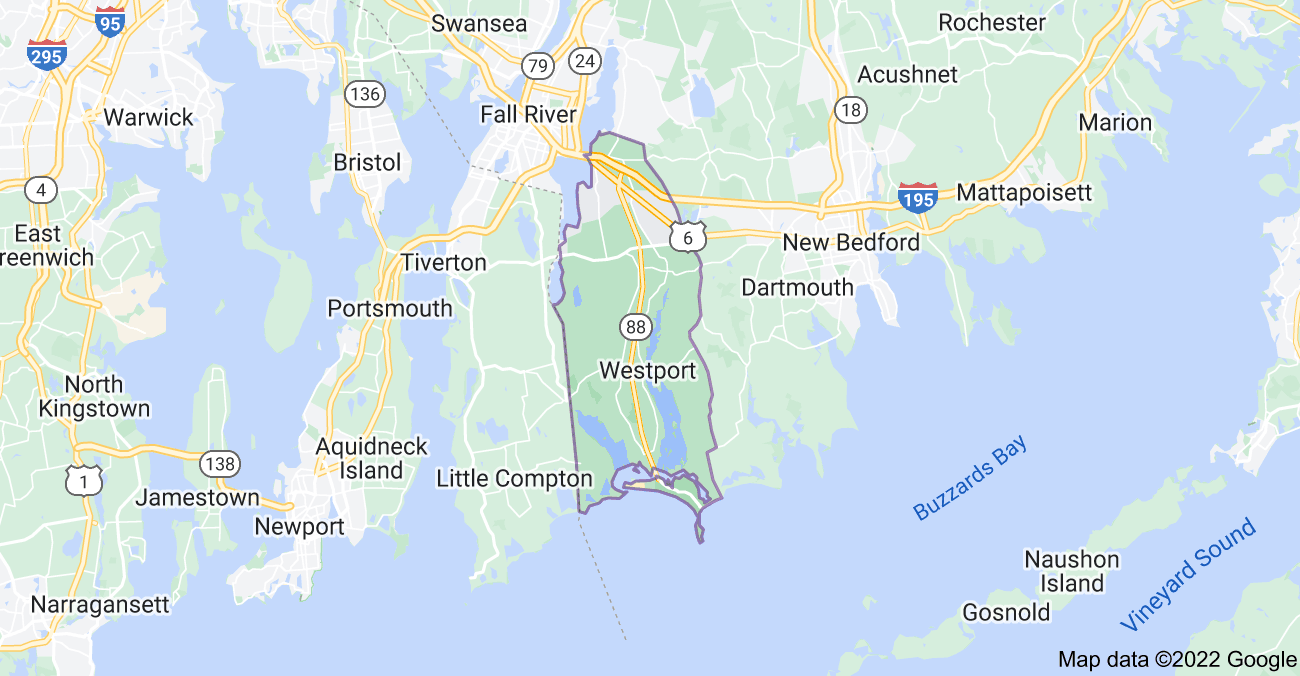 What’s My Westport Home Worth?