Westford began as ‘West Chelmsford’, a village in the town of Chelmsford. The village of West Chelmsford grew large enough to sustain its own governance in 1729, and was officially incorporated as Westford that year on September 23.

In the 1960s, the town was home to one of the research sites supporting Project West Ford.

By the 1970s, with the advent of the 128 Technology Belt, Westford began to act as a suburb for high-tech firms in Burlington, Woburn, and other areas, and later became a center of technology itself.

By the 1990s, Westford was home to offices for Cascade Communications (now part of Nokia), NETSCOUT, Red Hat, Samsung, Sonus Networks, Seagate, Iris Associates and many other technology firms, most located along Massachusetts Route 110, parallel to I-495. It is also the North American headquarters for Puma, which holds a road race in town. 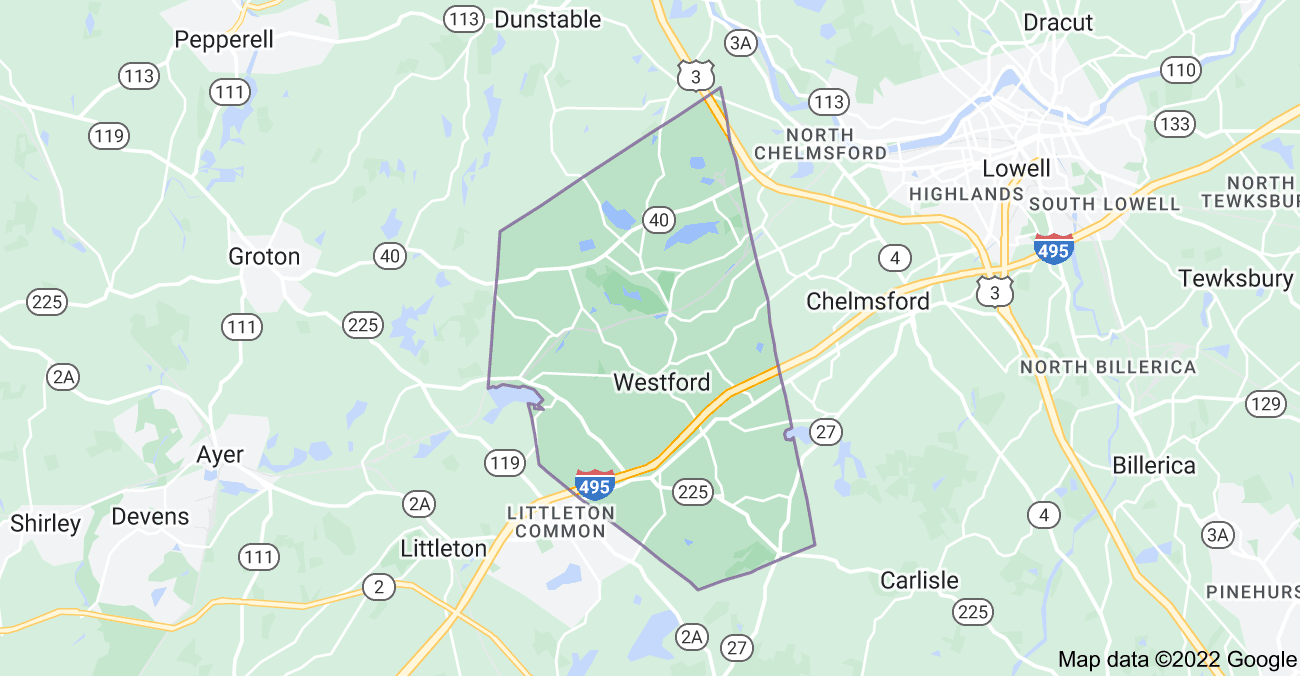 What’s My Westford Home Worth?