The town is believed to be the birthplace of asparagus in the New World. Diederik Leertouwer came to the United States in 1784 to promote trade between the Netherlands and New England. He later settled with his wife and daughter in West Brookfield where he carried out his duties as Consul and lived here between the years 1794 and 1798. At that time West Brookfield had a population greater than Worcester and was being considered for the county seat. Local legend has it that Diederik Leertouwer imported asparagus from his homeland and was the first to plant it in this area. This fact was forgotten until it was discovered in an old cookbook. Wild asparagus still grows in this area today. Leertouwer died here and is buried in the Old Indian Cemetery on Cottage Street in West Brookfield.

The town is also home to the Rock House Reservation, a massive, cave-like rock shelter, exposed after the glacial retreat 10,000 years ago, that served as a winter camp for Native Americans. By the mid-1800s, it was part of a farm owned by William Adams whose descendant, F. A. Carter, dammed a small stream to create Carter Pond and built the cottage now serving as a trailside museum and nature center. The reservation is open year-round, daily, sunrise to sunset. Admission is free to all. 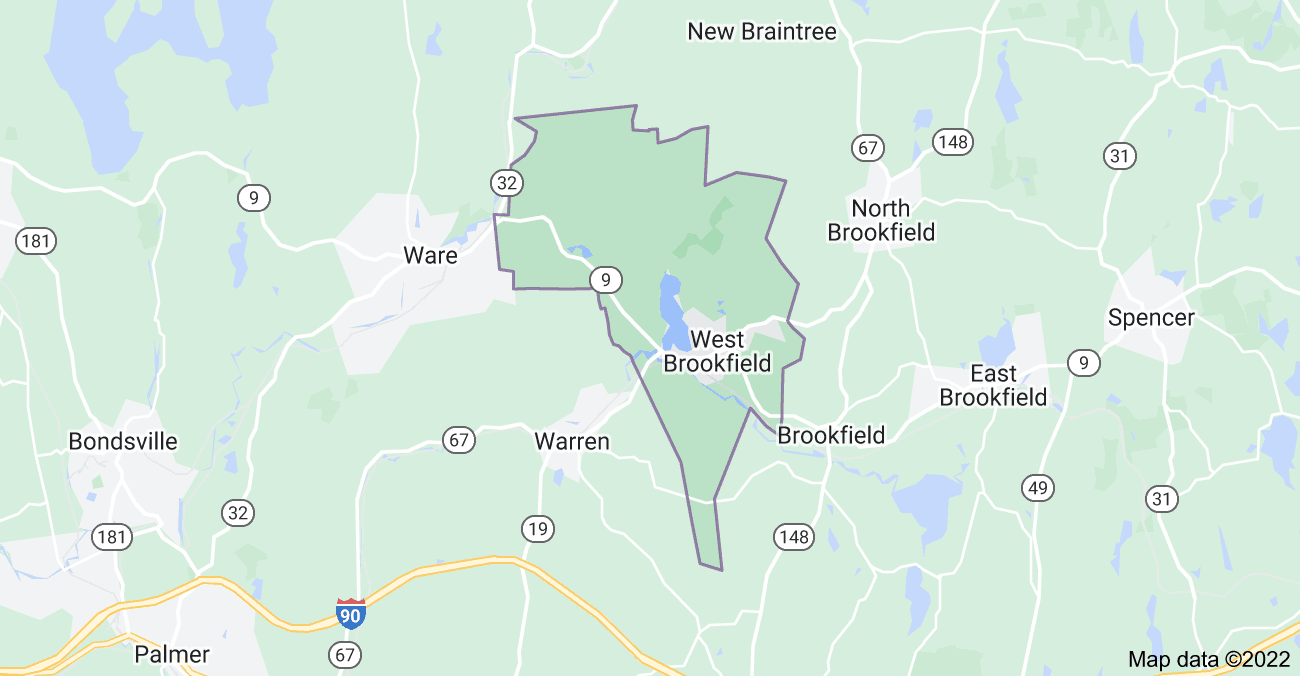 What’s My West Brookfield Home Worth?