The area that is now Webster was the ancestral home of the Nipmuc people for thousands of years. It was first settled by Europeans in 1713 and was officially incorporated on March 6, 1832. The area forming the town had previously been divided among the town of Dudley, the town of Oxford and an unincorporated gore. The primary founder was the manufacturer Samuel Slater, who came to the area after his celebrated activities in Pawtucket, Rhode Island, and founded several textile mills, one of which was taken over by the Cranston Print Works in 1936. He named the town after his friend Daniel Webster. Slater spent his last years in Webster and died and is buried there in Mount Zion Cemetery.

The town is home to Lake Chargoggagoggmanchauggagoggchaubunagungamaugg, also known as Lake Chaubunagungamaug or simply “Webster Lake”, the third largest lake in Massachusetts. The 45-character name is often regarded as the longest place name in the United States of America and the third longest in the world. 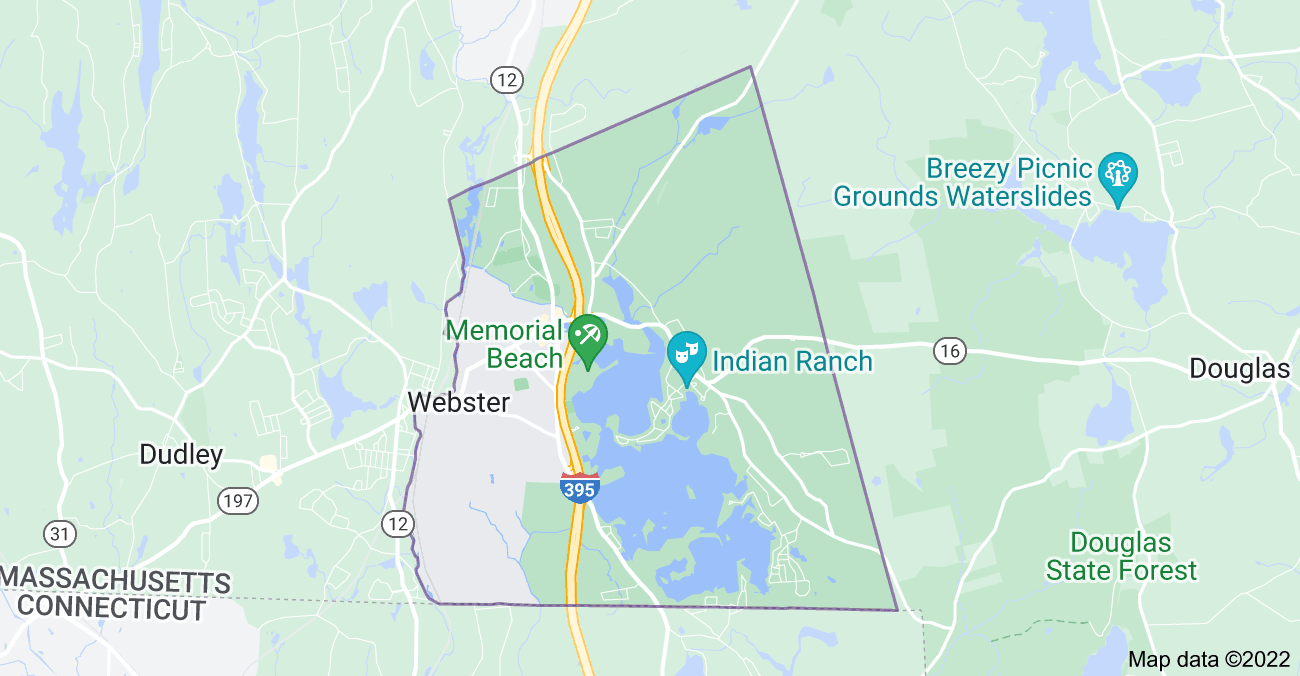 What’s My Webster Home Worth?