Wales is a small upland town located at the headwaters of the Quinnebaug drainage system. It was settled by colonists from Brimfield and Springfield during the mid-18th century. Settlement of the town was late despite grants having been made to Springfield entrepreneurs as early as 1701 because the threat of Indian attack and a legal dispute over land ownership discouraged colonists.

The first settlers were Anthony Needham and John Bullan, who built houses in 1726 near Lake George. Their arrival was swiftly followed by the establishment of the first burial ground in 1732, the first grist mill in 1750 by Shubael Dimmick, the first tannery in 1752 by Phineas Durkee and the first meetinghouse in 1760. Unlike many other of the colonies which were primarily Congregationalist, the earliest religious society in Wales was formed by Baptists. Townspeople in Wales farmed and made shoes and boots and in the 19th century the Wales and the Shaw companies made the town an important woolen producing town. The jobs in the mills drew immigrants from Ireland and French Canada. 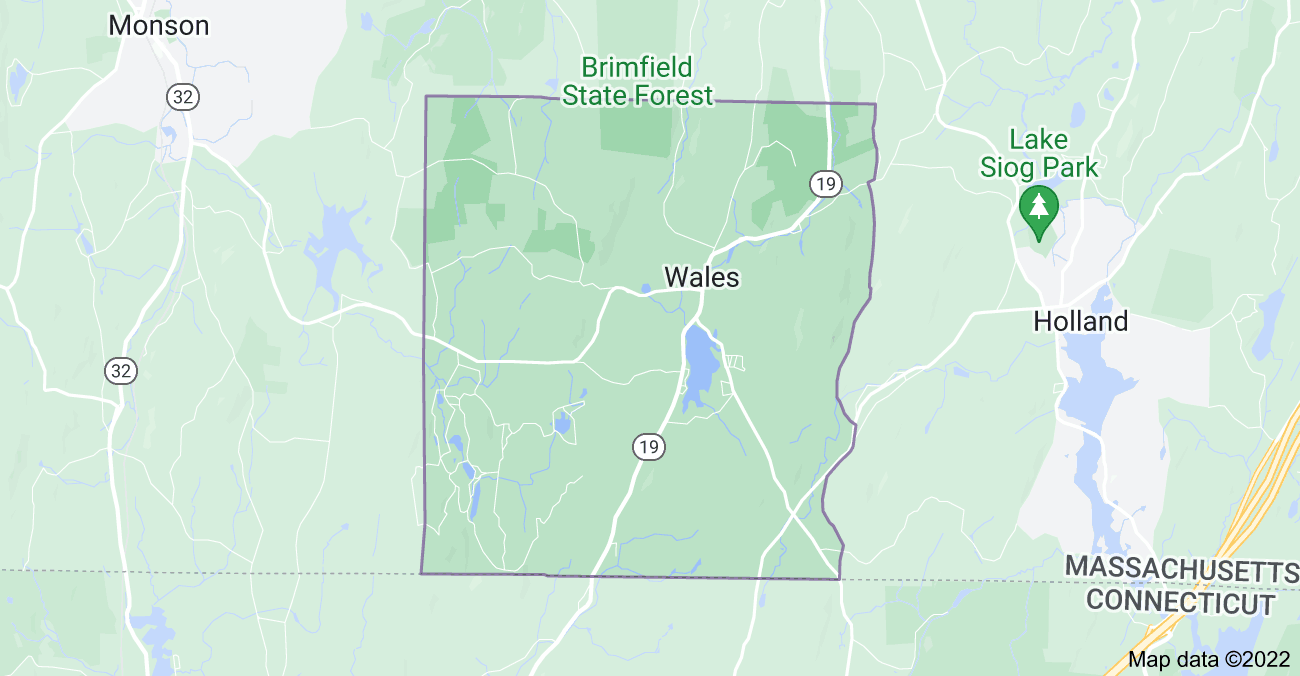 What’s My Wales Home Worth?