Tyngsborough was settled in 1661, as part of the massive Dunstable Township. The town of Dunstable, incorporated in 1673, was named after the hometown of pioneer Edward Tyng. However, a relative of his, and the source of the town of Tyngsborough’s name, was Colonel Jonathan Tyng, whose home, the Tyng Mansion House, was one of the oldest north of Boston. He settled near the Merrimack in what is now Tyngsborough in 1675. The house stood until the 1970s, when it was destroyed by arson.

After Tyngsborough was incorporated it became known for its ferries which traveled up and down the Merrimack River, the quarries that produced granite, and several box companies that started in town. As the town developed, Tyngsborough became a vacation community and had a large seasonal resident population even up until the late 1960s. A notable summer resident was actress Nance O’Neil, whose estate became the campus of the Academy of Notre Dame. 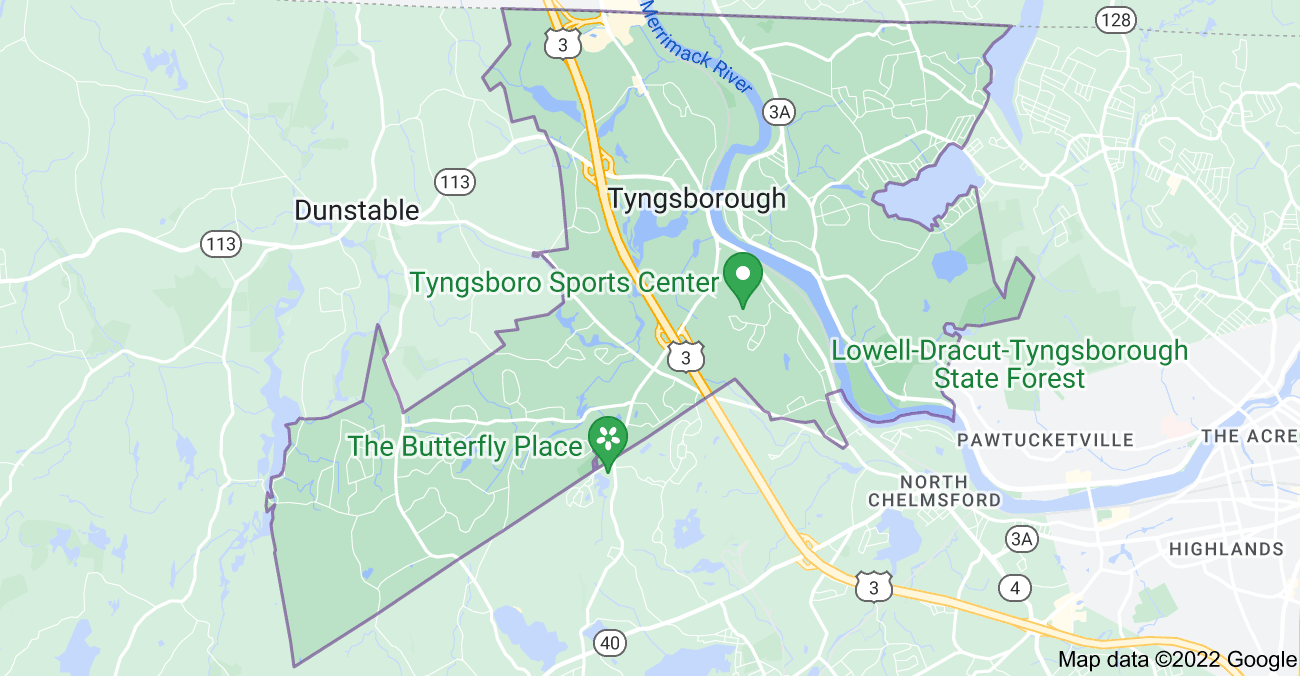 What’s My Tyngsborough Home Worth?