Sterling has had its share of prominent residents and their names can be found in the street names and places in the town and among present residents. Lt. Joel Pratt was an aide to George Washington during the Revolution. Pratt’s Junction was named in his honor. In 1828, Silas Lamson invented the curved snath for the scythe which improved harvesting of hay and grains. Silas Stuart invented a machine to make sewing machine needles in 1860. In 1863, Ebenezer Butterick developed dress patterns. Mary Sawyer whose pet lamb was the inspiration for the poem, “Mary Had a Little Lamb” was born in Sterling in 1806. A statue commemorating the lamb stands on the Town Common.

Many traditions still continue in Sterling. The annual Town Fair was first held on the Town Common as a farm showing in 1859. The Sterling Cadet Band first played during the Civil War.

Today the town retains much of its small town atmosphere, while its agricultural lands are giving way to residential and industrial development. For about 100 years, the population remained at 2,000. Since 1950, it has grown rapidly to over 8,000. 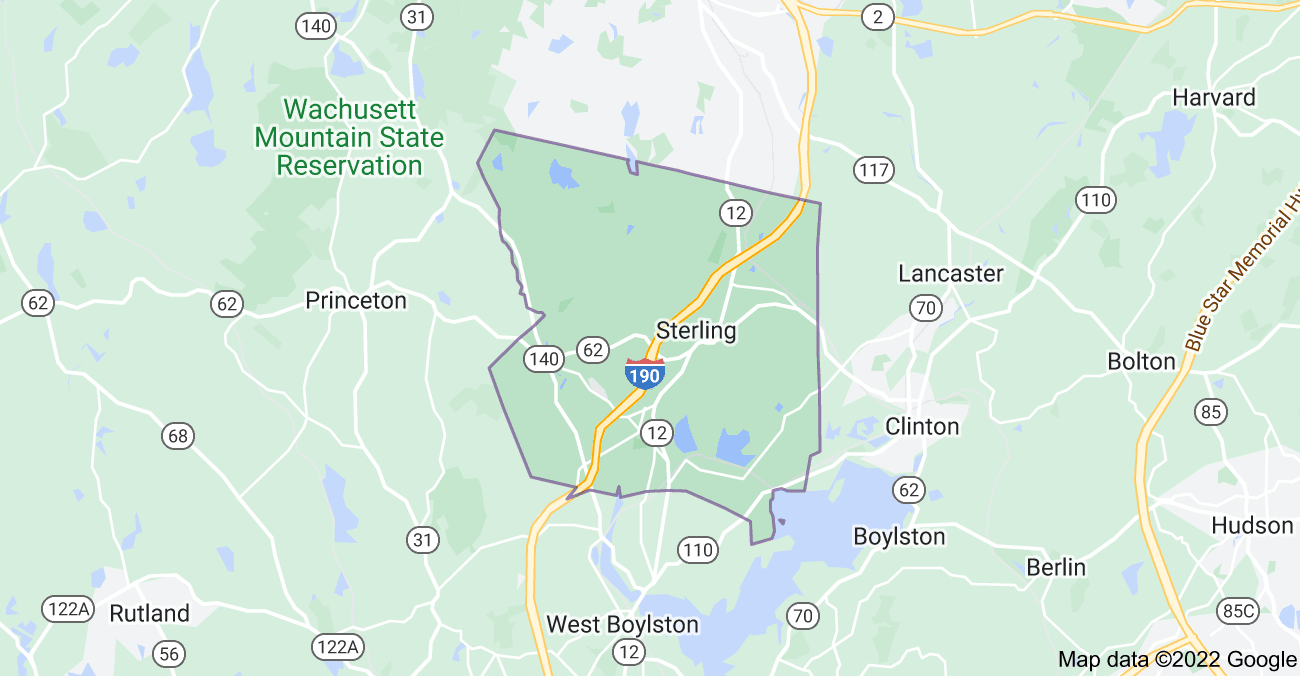 What’s My Sterling Home Worth?