In 1784, Spencer was a major stopping place on the Old Boston Post Road’s stage route between Boston and Hartford, and on to New York. Passengers changed stages in Spencer, as one coach would come from Boston and connect with one coming north from Hartford. Each stagecoach would turn around and return whence it came. Travelers often stopped for the night at Jenk’s Tavern in Spencer, as did General Henry Knox, pushing his cannons through the streets of the town on his way to Boston from Ticonderoga, and George Washington in 1789. Spencer still has colonial-era milestone markers showing the route of the old post road.

When the War of Independence broke out in 1775 it found Spencer ready to take part; fifty-six men under Captain Ebenezer Mason immediately set out to Boston. Many of these men later took part in the Battle of Bunker Hill. A total of 313 Spencer men are known to have served in the Civil War; thirty-two lost their lives in the service of their country. 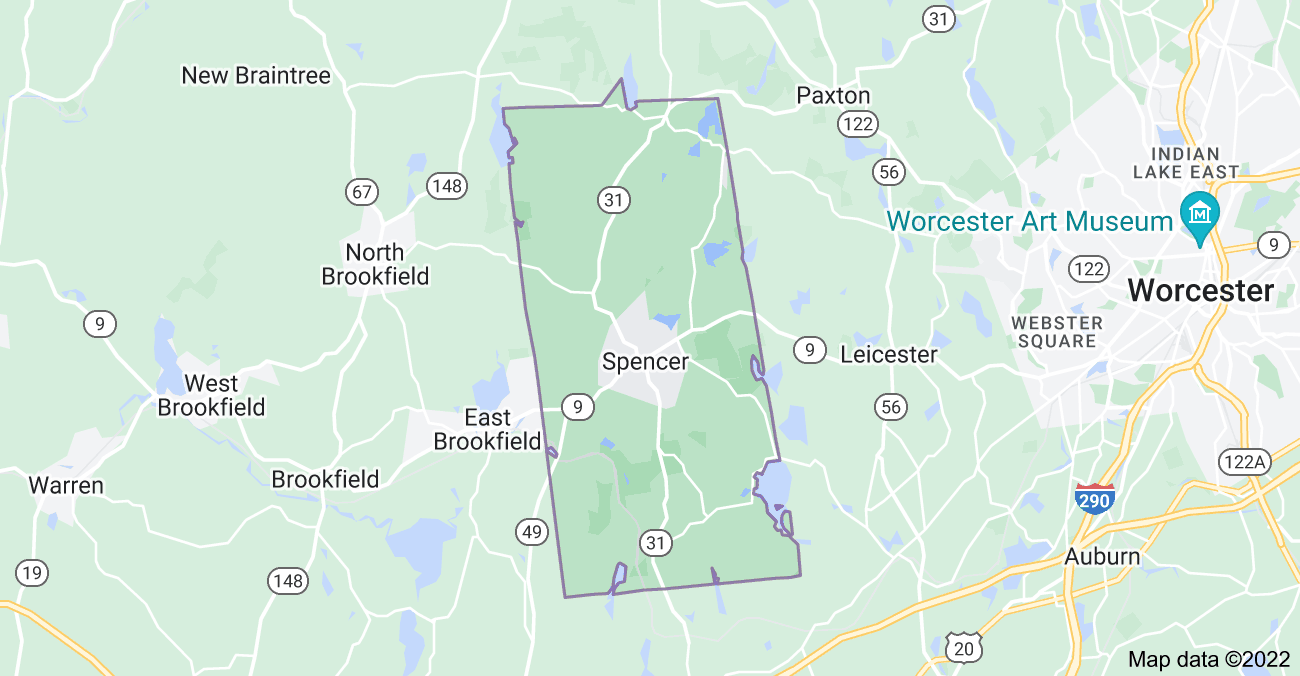 What’s My Spencer Home Worth?