The Town of Shutesbury has carried some of its past history forward. Once known as a lumbering town, Shutesbury still retains some lumbering interests. Named for Governor Samuel Shute, the town was established in 1761 and its plentiful mineral springs resulted in a healthy bottling business growing up in the community. Shutesbury is bordered by the Quabbin Reservoir, and the town’s proximity to the huge body of water ensures preservation of some of its rural character because of the restrictions placed on development within the watershed of the Quabbin.

Mount Mineral Spring was incorporated in 1867. There is much woodland in the place; and eight or ten saw-mills are constantly preparing lumber, laths, clapboards, shingles, and staves for market. Many railroad-ties are cut here; and as many as 59,000 bushels of charcoal have been made in a year. The town has one post-office; seven district-schools; a Congregational church (established Oct. 27, 1842), of which the Rev. John P. Watson is pastor; and a Baptist church of which the Rev. J. D. Donovan is pastor. 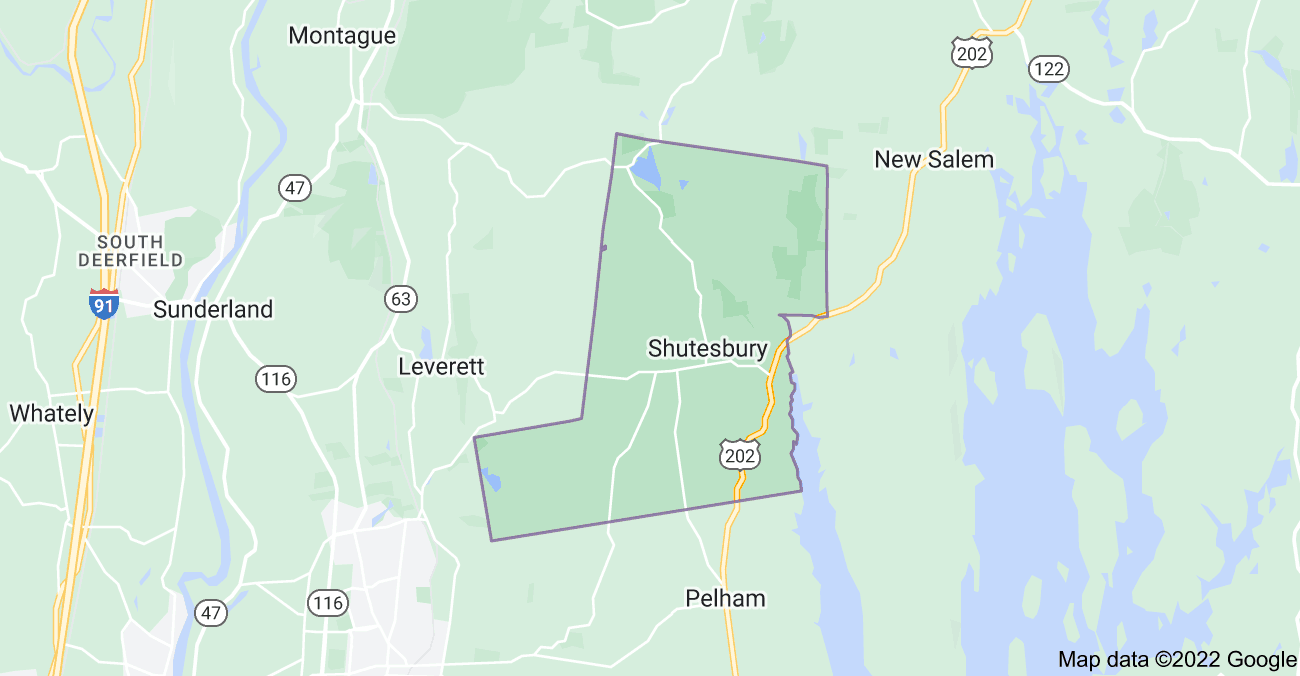 What’s My Shutesbury Home Worth?