Shelburne lies along Massachusetts Route 2, commonly known as the Mohawk Trail, which is the main east-west route through the northern part of Massachusetts. The short, westernmost section of Route 2A connects the highway with the heart of Shelburne Falls, passing into Buckland before finally ending there. Shelburne Falls is also served by Route 112, which follows the river southward before crossing with Route 2A across the 1890 truss bridge into Buckland, where the road bends northward before eventually continuing southward. The nearest expressway, Interstate 91, passes through neighboring Greenfield and Deerfield, and can be accessed along Route 2.

The nearest freight rail service is in Buckland, with the nearest Amtrak service being in Greenfield. There is regional bus service in Greenfield, as well as the Campus West route of the Franklin Regional Transit Authority (FRTA), which extends towards Charlemont with a scheduled stop in Shelburne Falls. The nearest general aviation airport is in nearby Turners Falls, with the nearest national air service being at Bradley International Airport in Windsor Locks, Connecticut. 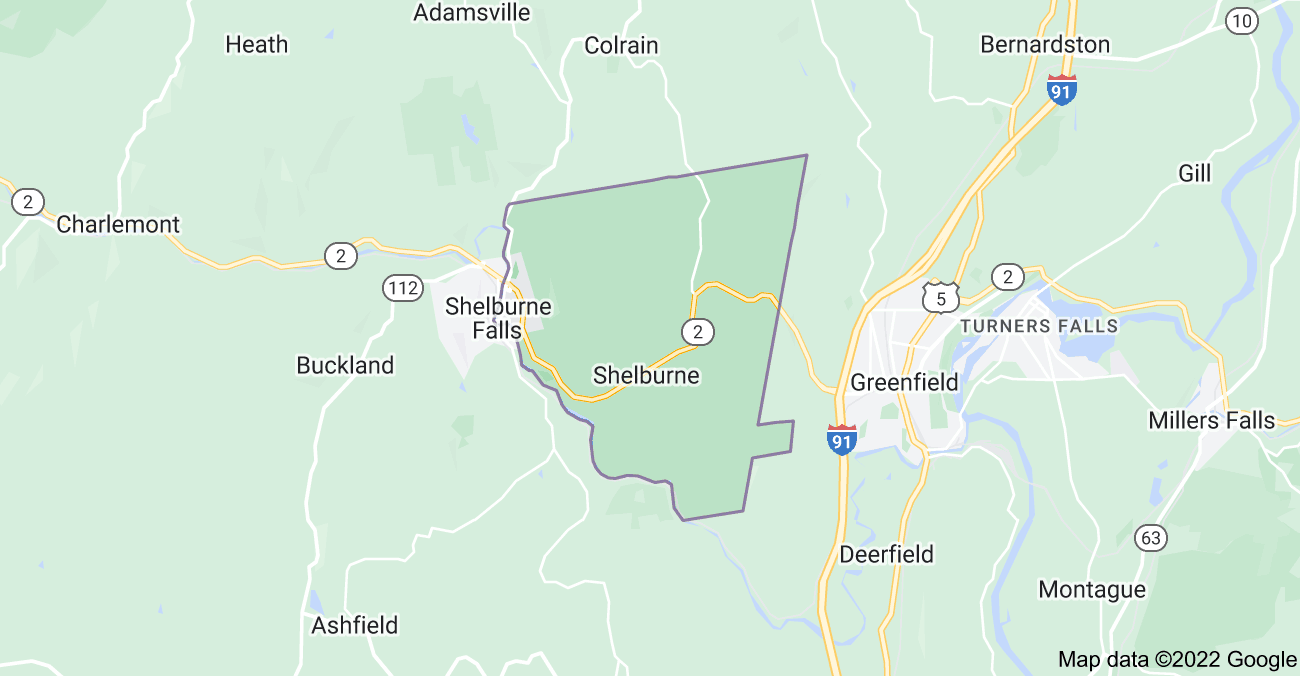 What’s My Shelburne Home Worth?