his town, bordered by the Merrimack River and the Atlantic Ocean, originally named Colchester, was incorporated as Salisbury in 1640. Salisbury grew over time based on upland farms, salt marsh estuaries, building boats along the river, and its position on a major overland trade route to the north. When railroads were introduced, the line followed earlier routes from Newburyport heading to Portsmouth, aided by the low, gentle landscape that generally lacks steep hillsides or rocky terrain. With railroads, growing wealth and leisure time, and an emerging middle class, Salisbury’s unbroken sandy beachfront beckoned to vacationers, establishing an economic engine that remains important and provides image and identity to the Town.

In the nineteenth century the oceanfront became an object of interest to people who were beginning to shed their earlier, close ties to the land.

The modern Salisbury is highly diverse geographically, encompassing square sixteen miles of farms, beach, marshlands and both residential and commercial space. As of the year 2000, nearly 90 percent of this area, or 9,200 acres, was in various types of open space. 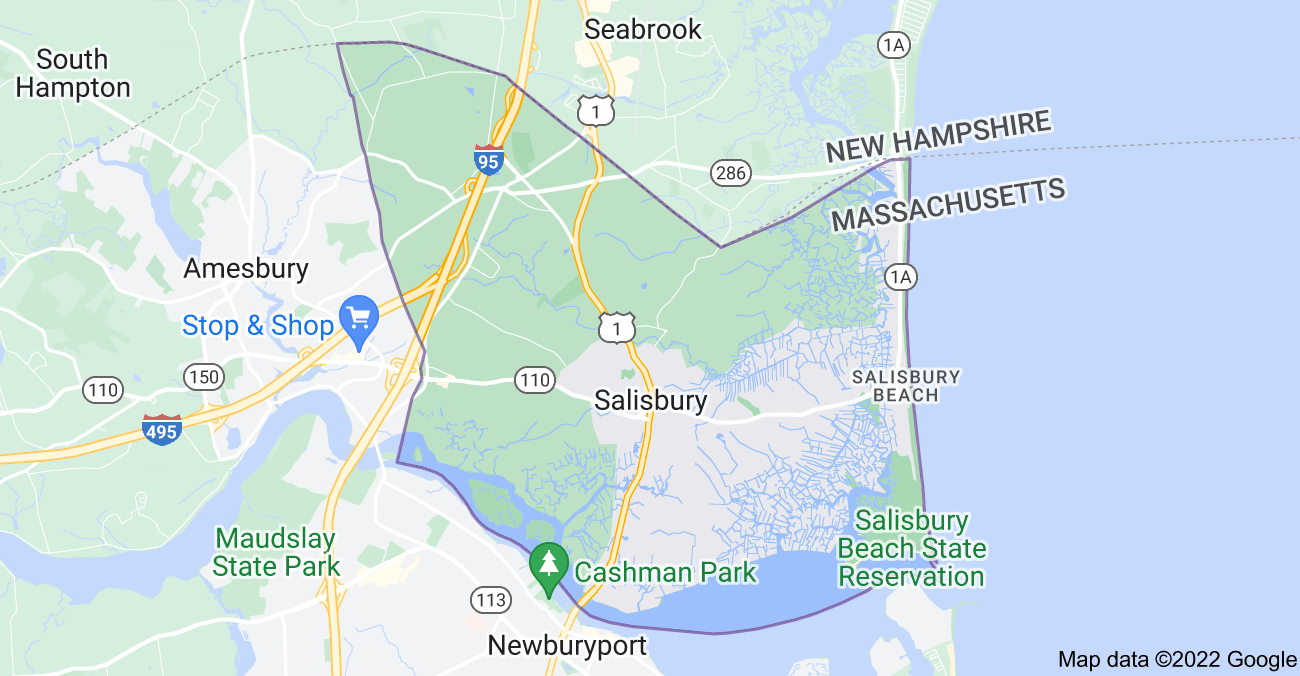 What’s My Salisbury Home Worth?