The Township of Rutland was confirmed on February 23, 1713. Rutland became incorporated in 1722. The Town of Rutland (current population 9,300) is a beautiful residential hill town in the geographic center of Massachusetts. It is located 13 miles northwest of Worcester and 52 miles west of Boston. At 1,200 feet above sea level, Rutland has the highest elevation of any community between the Berkshires and the Atlantic Ocean. Known for its clean air, the town grew as a health resort center in the 1880’s.

During the onslaught of tuberculosis, Rutland became famous for its health care industry and fresh air living environment. This industry continued until December 23, 1991 when the last of the health care facilities closed its doors. Rutland is now basically a bedroom community with many of its residents commuting to Boston and Springfield on a daily basis. The town operates with a five member Select Board, a Town Administrator and an open town meeting form of government. 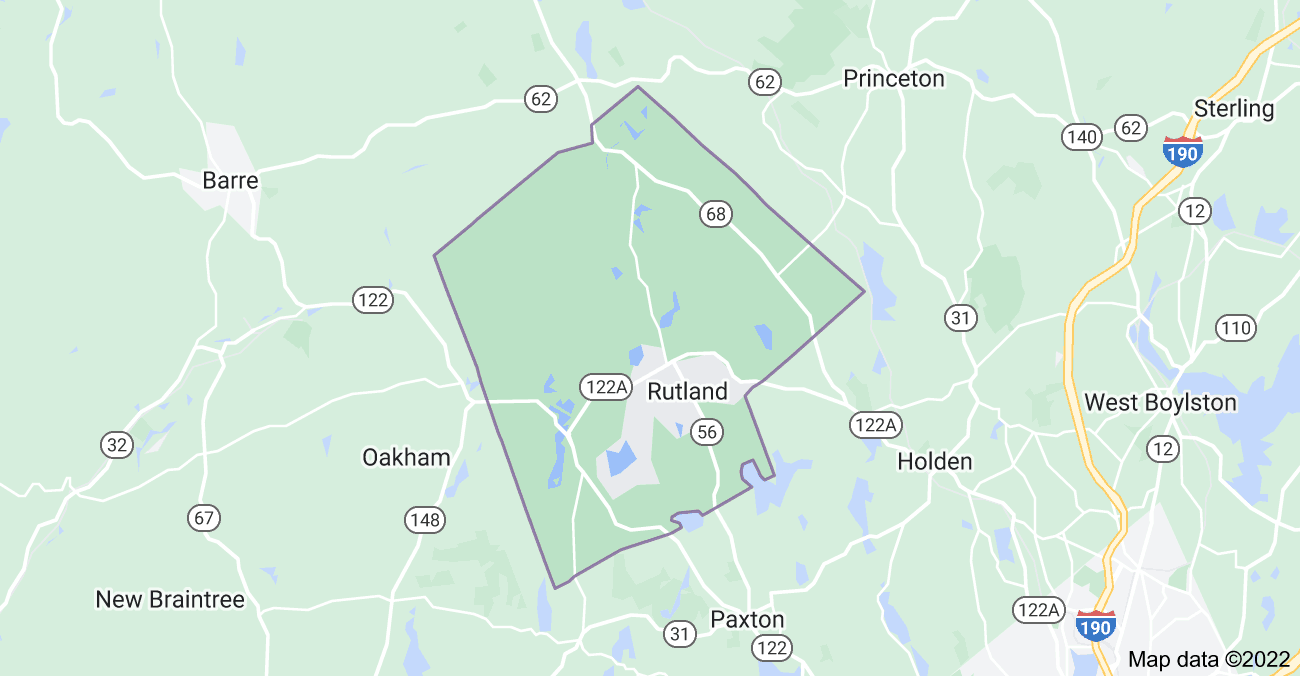 What’s My Rutland Home Worth?