Russell is a Town in Hampden County, Massachusetts. Russell, originally part of the “New Addition” section of Westfield, was incorporated into a Town in 1792. The early settlement was around Hazard Pond (now known as Russell Pond) with small grist mills, tanneries and saw mills making use of plentiful water.

The early settlement near Hazard Pond survived only as a ghost of what it once was. Woronoco was a “company town” planned and owned by the Strathmore Paper Company, owner Horance Moses. New immigrants to the United States settle where there were jobs and Russell had steady work to offer at its three paper mills.

In recent years, Russell has seen the decline of industry as the backbone of its economic well-being. Of the three mills, only Texon remains. In many ways Russell has become a suburb of Westfield, yet it clings to its association with the other Hilltowns. It is a special place where the hills are higher, the rocks are more plentiful, and the people truly care about their neighbors. 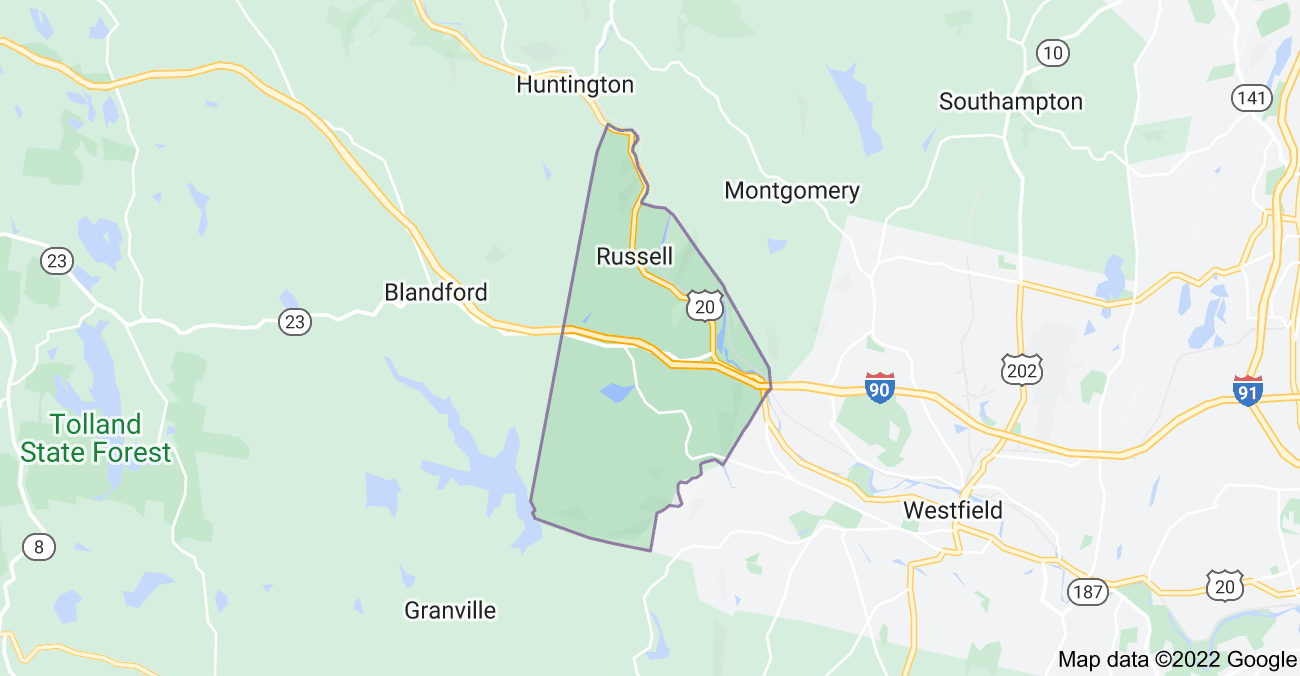 What’s My Russell Home Worth?