One of the earliest documentations of Plainville being settled is from 1674, when a Wampanoag man by the name of Matchinamook petitioned and received a few acres of land at the head of the Ten Mile River, at present day Fuller’s Dam. As Matchinamook was a native warrior under Wampanoag chieftain Metacomet, or more commonly known in the area as King Philip, he most likely fought during King Philip’s War. In its early days, Plainville was nicknamed Slackville after Benjamin Slack, an affluent landowner at the time. After the establishment of a post office in 1856, Plainville became the town name after the abundance of geographical plains in the area. In 1905, Plainville officially separated from Wrentham and became its own town.

Plainridge Park Casino was granted licensing to become the first slot parlor in the state, with slot machines opening in 2015. 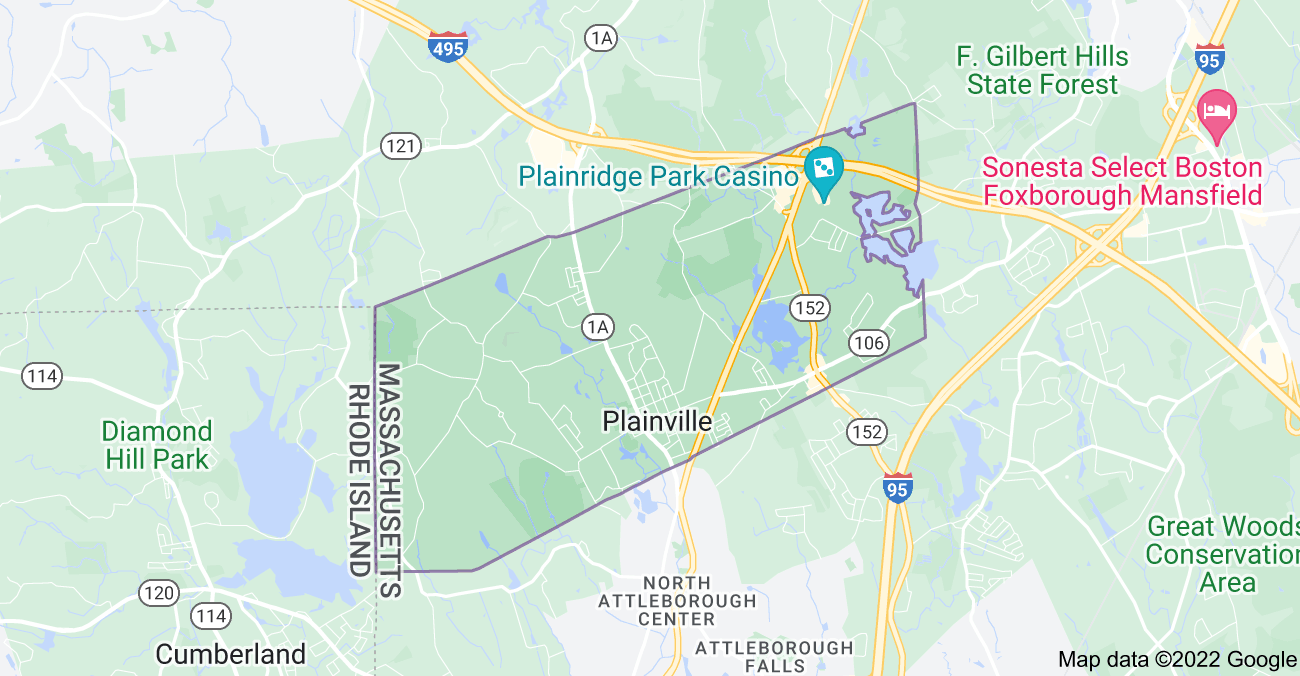 What’s My Plainville Home Worth?