The Town of Phillipston is located in Central Massachusetts, about 20 miles west of Fitchburg and is bisected by Route 2. Rural and remote, Phillipston is marked by forests, winding roads and historic stonewalls; it serves as the northern entrance to the Quabbin Reservoir. Its one village – the historic town center – is comprised of a town common ringed by numerous municipal buildings, a school and 19th century homes. A small number of retail and food outlets are located along busy Route 2A. Easy access to four-lane state highway Route 2, has made Phillipston an attractive and affordable bedroom community for workers along the Route 2 and 495 corridors. As a result, the town has grown significantly, with the US Census population almost doubling between 1970 (872 residents) and 2000 (1,621). 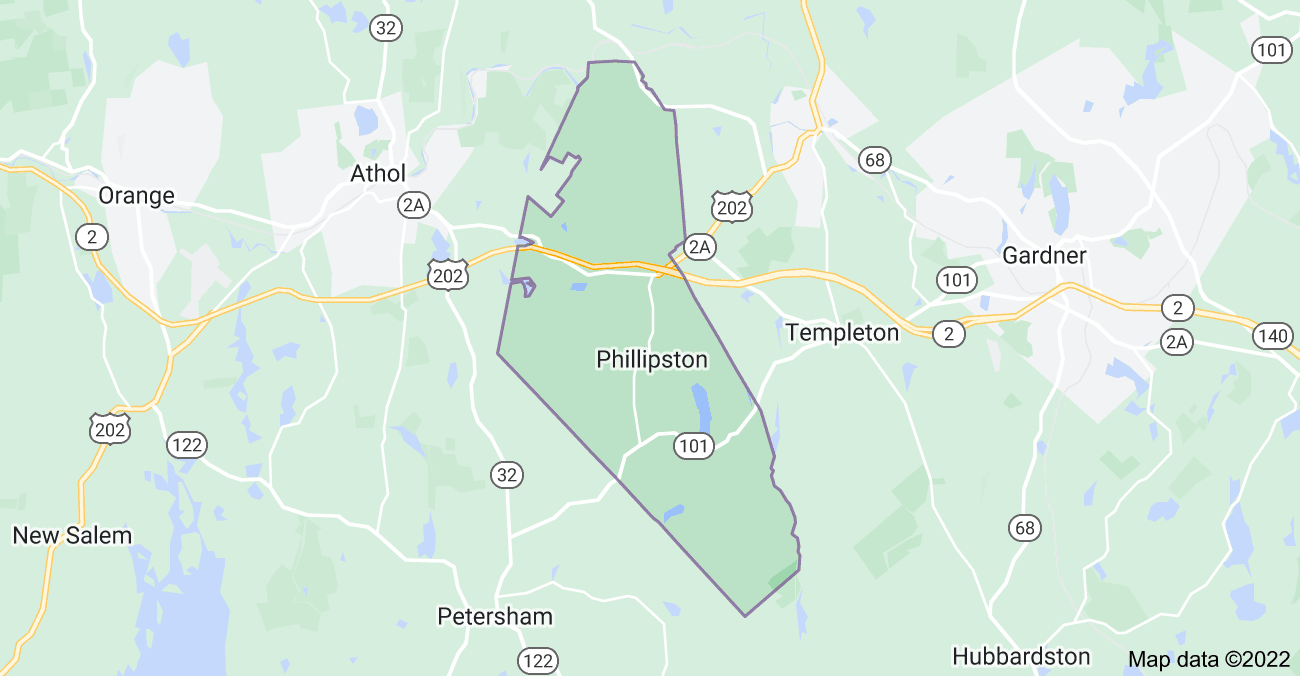 What’s My Phillipston Home Worth?