Petersham was first settled by Europeans in 1733 and was officially incorporated on April 20, 1754. On February 4, 1787, it was the site of the second battle of Shays’ Rebellion. The town is noted for its common, part of the Petersham Common Historic District. About 45 buildings are listed on the National Register of Historic Places. The Country Store, an 1842 Greek Revival structure that has housed a general store on its main floor since its opening, sits just to the East of the common. 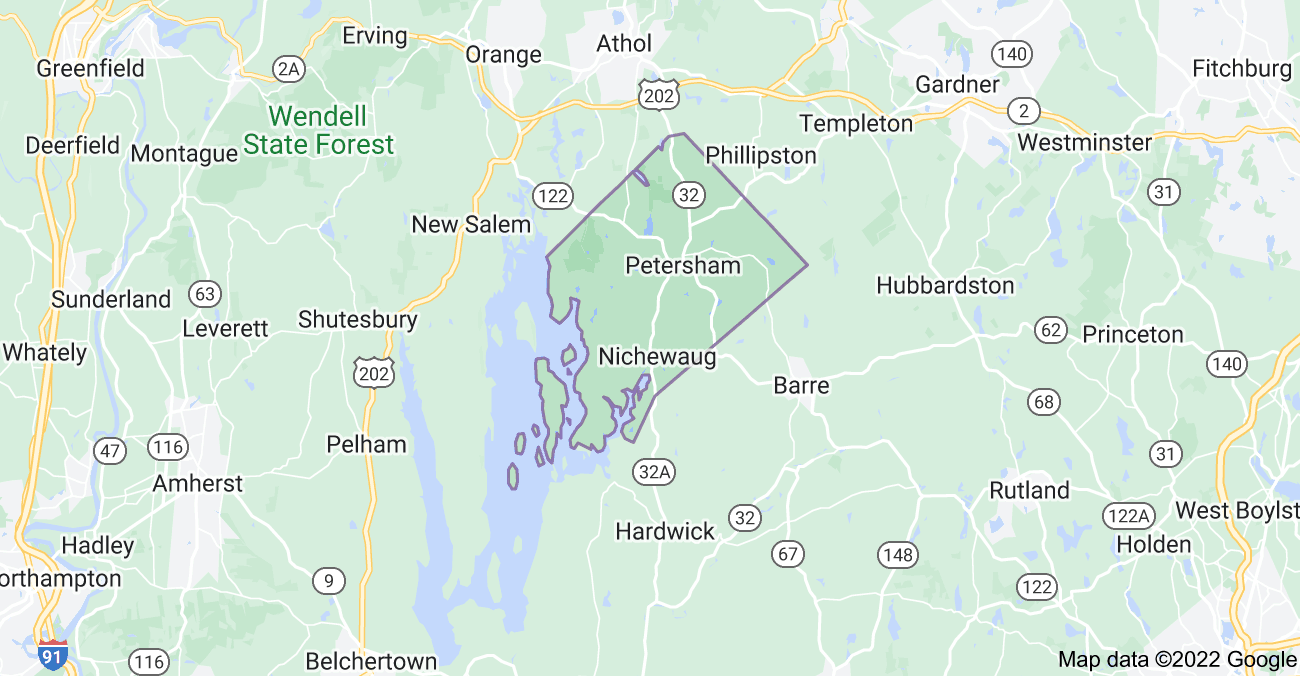 What’s My Petersham Home Worth?