Since its formation, the town was active in the American independence movement. Being located northwest of Concord, Pepperell never saw British attack during the American Revolutionary War, though several Pepperell men fought at the Old North Bridge during the Battle of Concord, and a British spy was captured by women on guard at the site of the Pepperell covered bridge. Town resident William Prescott served as the commander at the Battle of Bunker Hill in what is now the Charlestown neighborhood of Boston.

One of only three covered bridges on public Massachusetts roads that is open to vehicular traffic (and the only one east of the Connecticut River) is located on Groton Street in Pepperell. 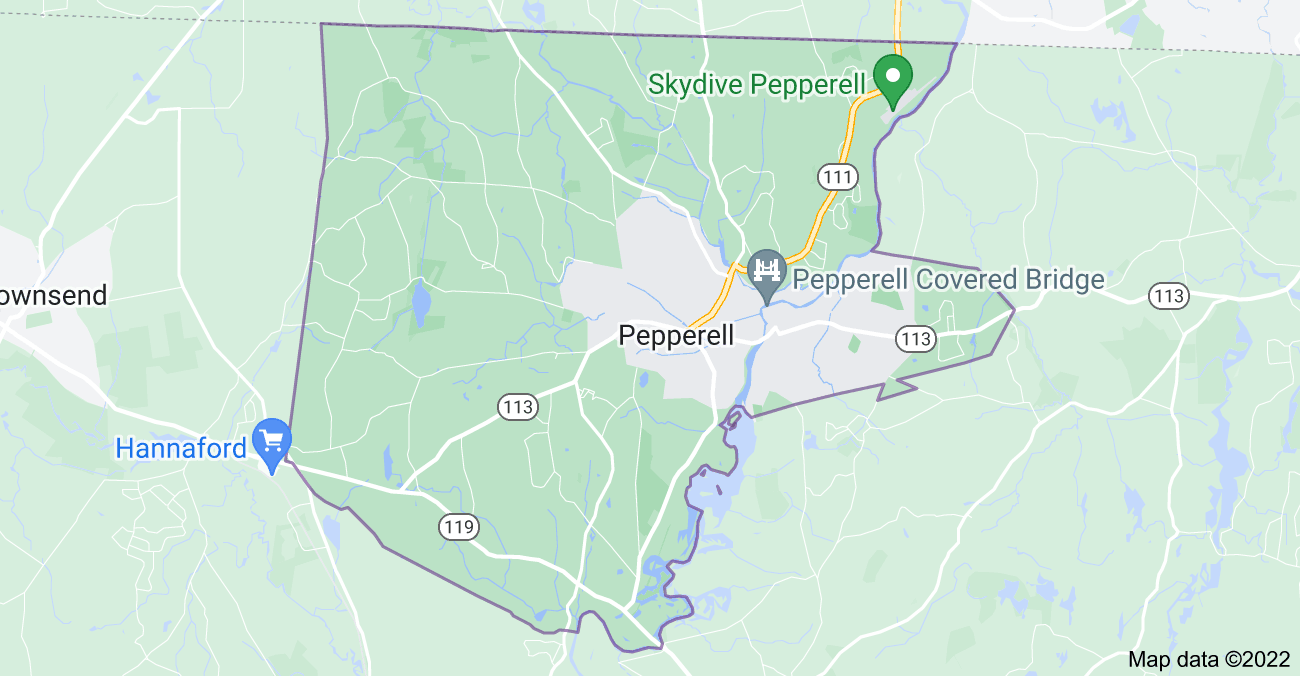 What’s My Pepperell Home Worth?