The town was named after William, Prince of Orange.

Many of the early settlers were lineal descendants of the first settlers at Plymouth and vicinity, and of the Massachusetts Bay Colony. They first settled in North Orange, which remains a scenic village.

From 1780 to 1840, Orange was primarily a farming town. Many of the farms were large and well managed. However, various industries eventually sprouted along the banks of the Millers River, including the New Home Sewing Machine Company, which in 1892 produced 1,200,000 sewing machines.

By 1879, the town had a population of about 2,000 people, many employed in industry. Orange was also the site of the first automobile factory in the United States, at the current home of Pete’s Tire Barn on East Main Street, built in 1900. 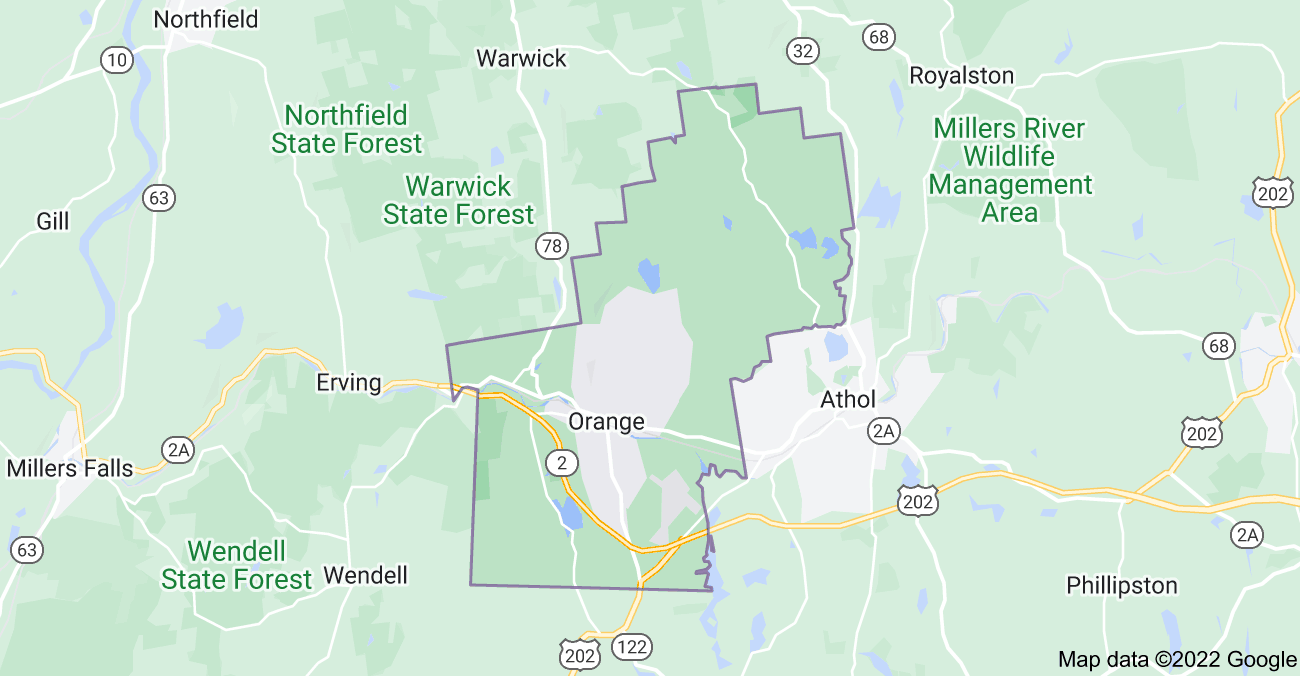 What’s My Orange Home Worth?