The area known today as the Town of Norton in Bristol County was originally part of the Taunton North Purchase. As more families settled in this area, the people wanted to either form their own town or a separate precinct. The main reasons for this were the distances they had to travel and the poor roads that made it most inconvenient to attend church services in Taunton. The settlers petitioned for a minister, a church, and the right to become a precinct. Thus in 1709, this area became known as the North Precinct of Taunton.
On June 12, 1711, the said North Precinct of Taunton was incorporated as the Town of Norton. The town built its first church on the Norton Common. Rev. Joseph Avery was ordained as the first minister of the First Church of Christ in Norton. In later years, Mansfield and Easton were formed from the north and east sections of Norton.

Norton’s composition is unique, as it was developed as villages. The villages originally were Chartley, Norton Center, Barrowsville, Norton Furnace, Crane’s, E. Norton and Winnecunnet. Each village formed with its own characteristics and heritage. 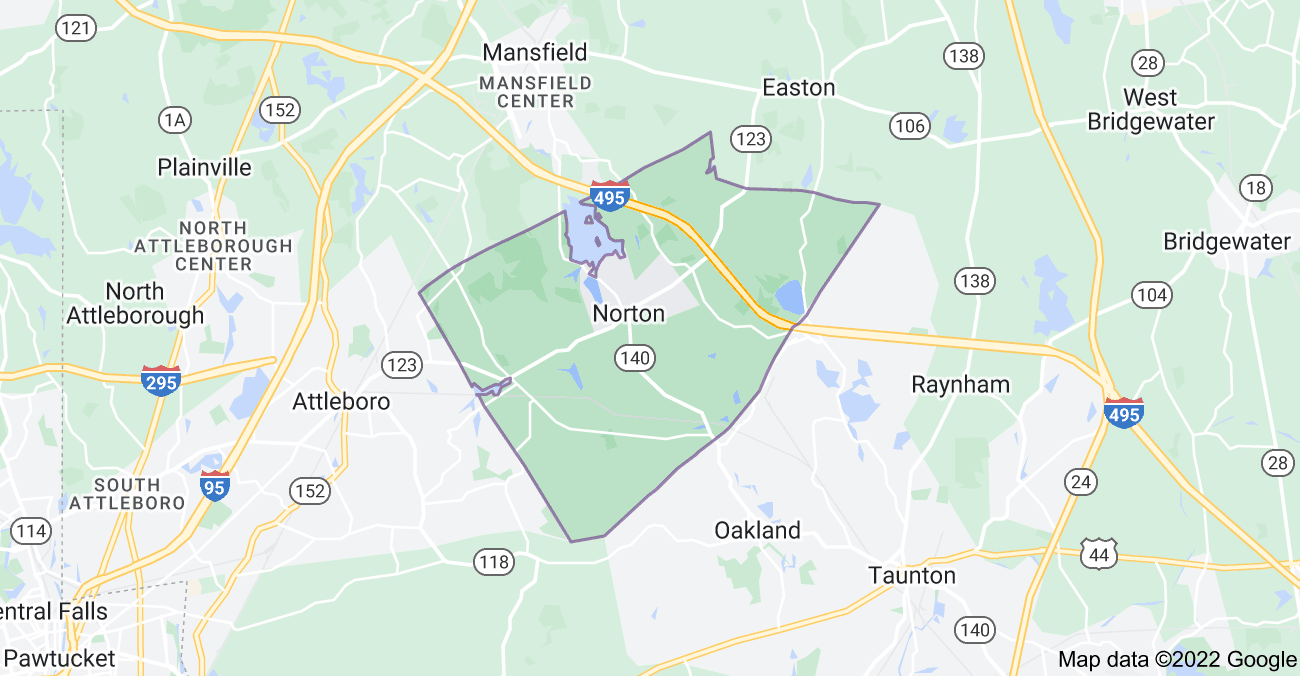 What’s My Norton Home Worth?