The area that is now Norfolk was explored by settlers as early as 1632. It would take a number of years before a successful settlement had begun but by 1667 five individuals stayed and presumably built homes. Others settled in the Lake Pearl area of Wrentham. An earlier settlement had been attempted. When or where these first homes were built in Norfolk remain unknown and it is reported that the initial group had returned to Dedham after a short period.

The 1800s saw an explosion of factories, job opportunities and an increase in population. The first railroad line into town, operated by the Norfolk County Railroad, opened in 1848. By the 1860s, North Wrentham had grown to a point where it was practically functioning as its own town. With its own meetinghouse, stores, schools, post offices, railroad depots and factories residents felt it was time to break away from North Wrentham and establish an independent town. 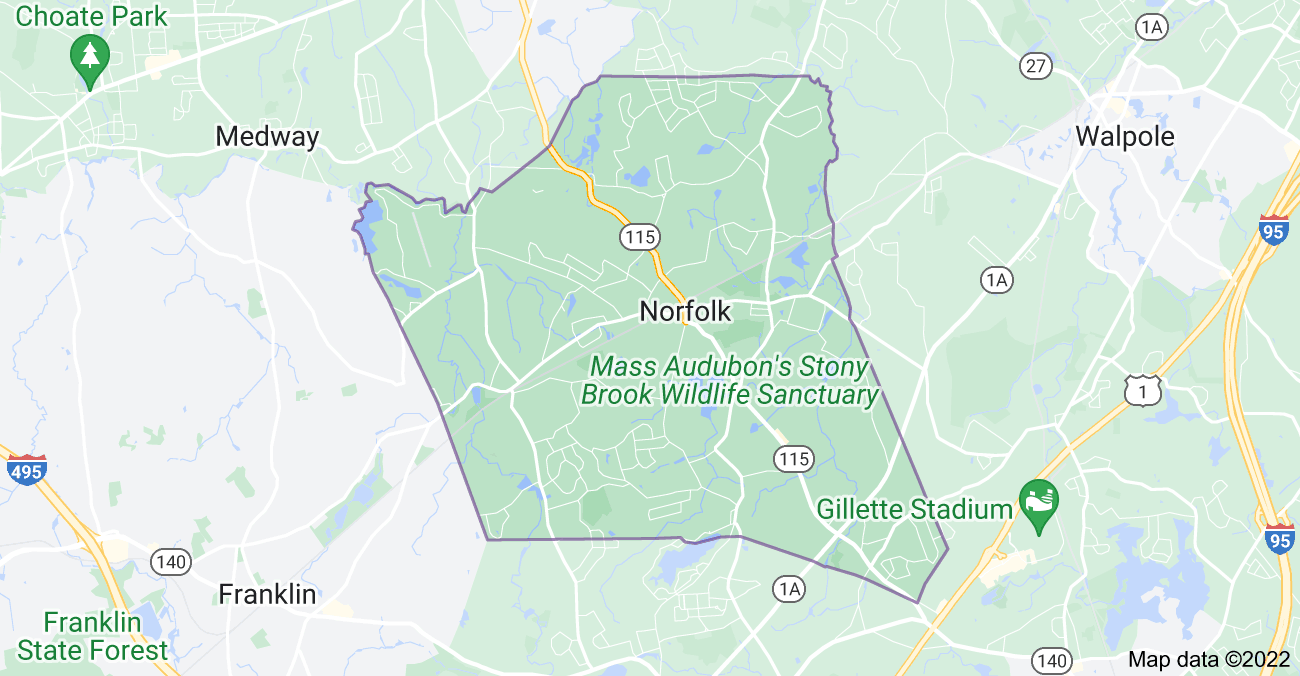 What’s My Norfolk Home Worth?