The first permanent settlers arrived in 1715, and in 1735 the town of Brimfield was incorporated, and included present-day Monson within its boundaries. The western part of the town later separated, and was incorporated as the town of Monson in 1775. The town was named after Sir John Monson, president of the British Board of Trade and a friend of Massachusetts governor Thomas Pownall.

In the 19th century and early 20th century, mills were built along the Chicopee Brook, which runs south to north through the center of the town. One of the most successful industries during this time was the woolen mills, which were operated by industrialists such as Joseph L. Reynolds, Dwight W. Ellis, C. W. Holmes, and S. F. Cushman. In addition, Heiman & Lichten operated a successful straw and felt goods factory on Main Street.

Monson was also known for its granite quarries; the first quarry was opened in 1809, east of present-day Margaret Street. 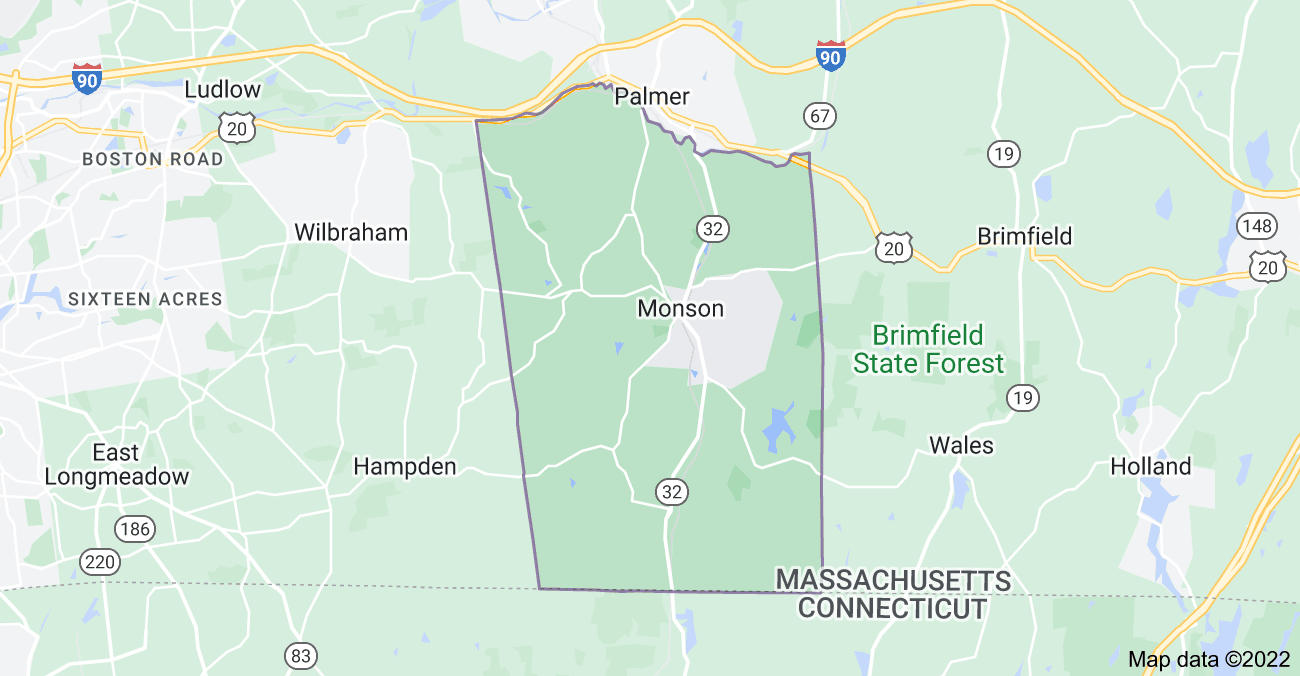 What’s My Monson Home Worth?