The Town of Millville is a community proud of its past. It has an industrial heritage that played a prominent role in the development of the Town. Millville grew around a succession of mills, with many neighborhoods remaining today that once provided housing for workers in the factories. The Blackstone River and Blackstone Canal were the focal points of the Town’s early growth.

Entrepreneurs took advantage of the low-lying land along the River and harnessed its power for processing. In the 1800’s, the Canal, and later the railroad, provided a ready means to transport manufactured goods. The establishment of industry along the Blackstone River and Canal and along the rail lines of the Providence and Worcester Railroad, and the creation of residences and institutions lead to Millville’s establishment in 1916. With the transfer of manufacturing to southern states, the Town’s mills began to decline following World War II. Natural disasters also dealt devastating blows to industrial mills in Millville and the greater Blackstone Valley. 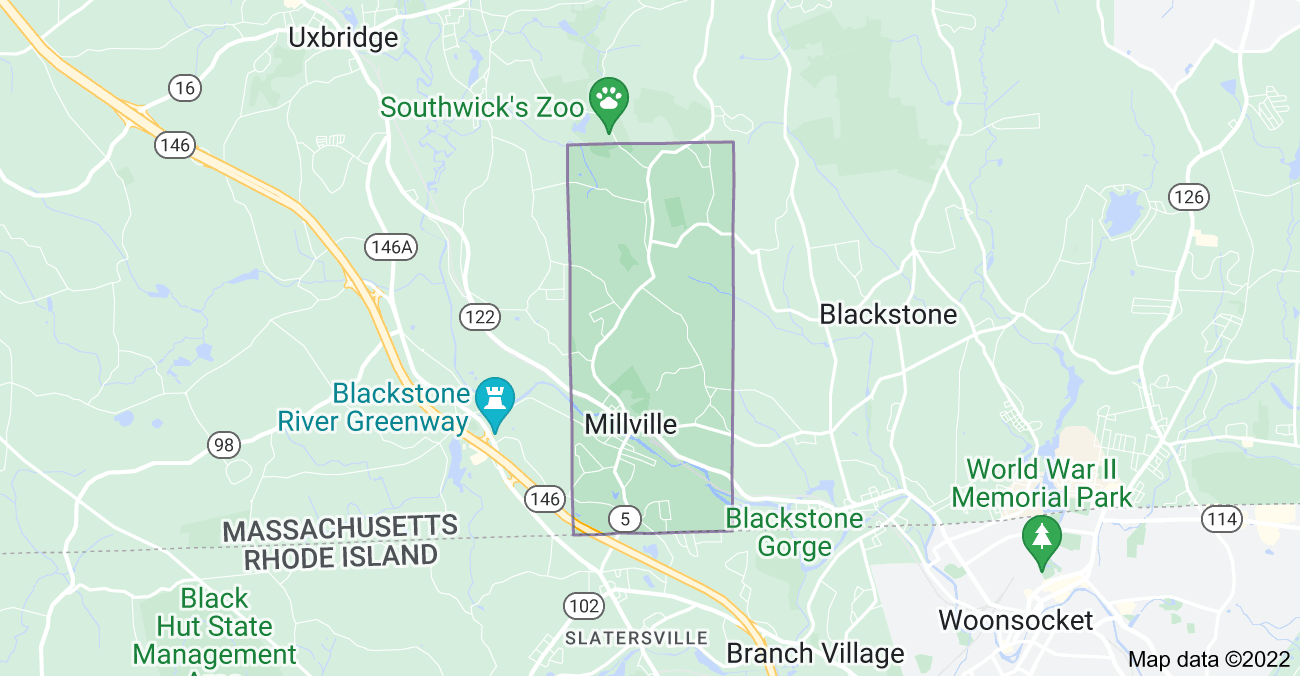 What’s My Millville Home Worth?