Milford is renowned for its Milford pink granite, discovered in 1870. Milford quarries fueled the local economy until about 1940. The granite has been used for local buildings such as Memorial Hall, the Bancroft Memorial Library in Hopedale, Worcester City Hall, and the Boston Public Library. Other notable buildings include the original Pennsylvania Station in New York City, the main post office in New York City, and more recently the Singapore Changi Airport in 2002.

The Milford Hospital was donated in 1903 by Governor Eben Sumner Draper. Today, the health care facility exists as the Milford Regional Medical Center. In January 2008, the Center opened a cancer treatment facility with the Dana–Farber Cancer Institute. The center is affiliated with UMass Medical Center as a teaching hospital. In 2015 the hospital completed a $54 million expansion project that created a new emergency department and updated the intensive care unit, as well as patient rooms. 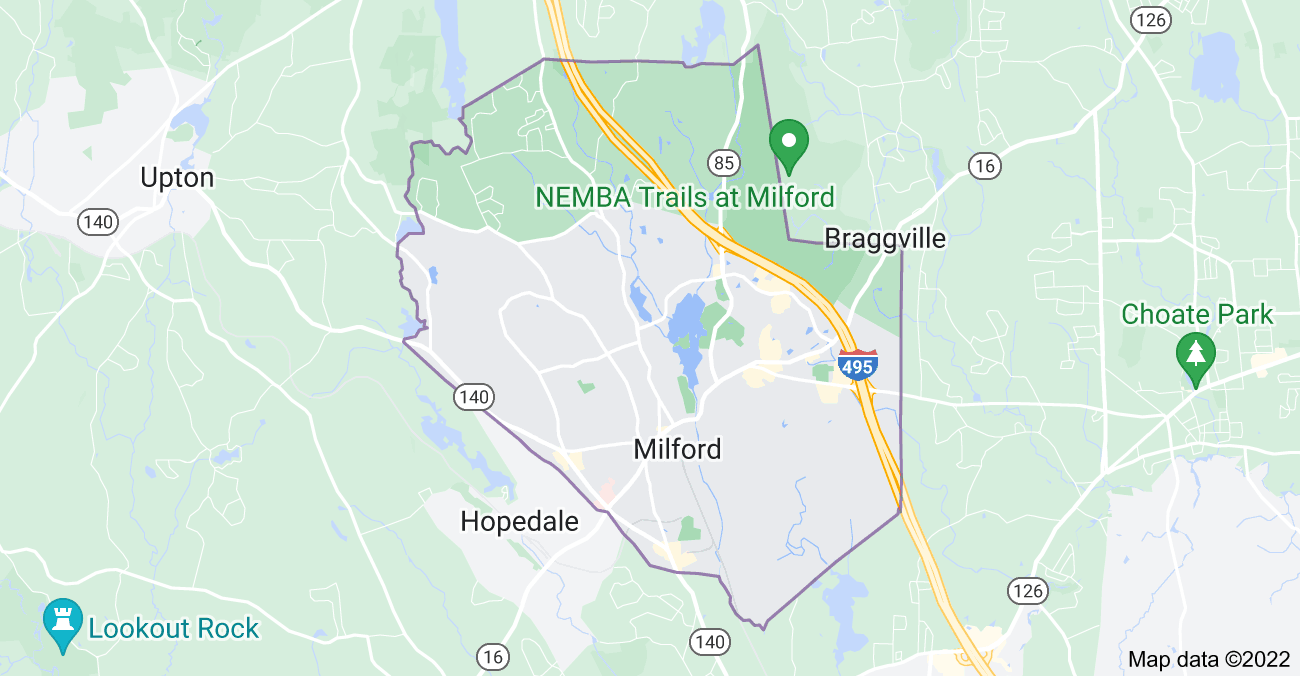 What’s My Milford Home Worth?