The name Middleton is derived from its location midway between the important early settlements of Salem and Andover. It was first settled by Bray Wilkins, who came from Salem with a large family, having purchased 600 acres from Governor Bellingham. The town grew as a farming community, mostly due to its location on the Ipswich River, with homesteads of hundreds of acres. However, during the 18th century Middleton also contained a vital ironworks industry, located in the area of what is now Mill and Liberty streets. This enterprise originally involved Thomas Flint, Sr. and his son, Thomas Flint Jr, of Salem, John How of Boxford, and Thomas Cave Jr. of Topsfield and was carried on for approximately seventy years. The area is home to a number of intact homes from the colonial period, such as the Thomas Fuller House, which was constructed in 1684.

Middleton is one of the fastest-growing towns in the Commonwealth, and the fastest on the North Shore. When locally grouped it is grouped with Salem, Danvers, and Beverly, but also occasionally Topsfield and Boxford, as these three towns are a tri-town. These three towns share Masconomet Regional High School. 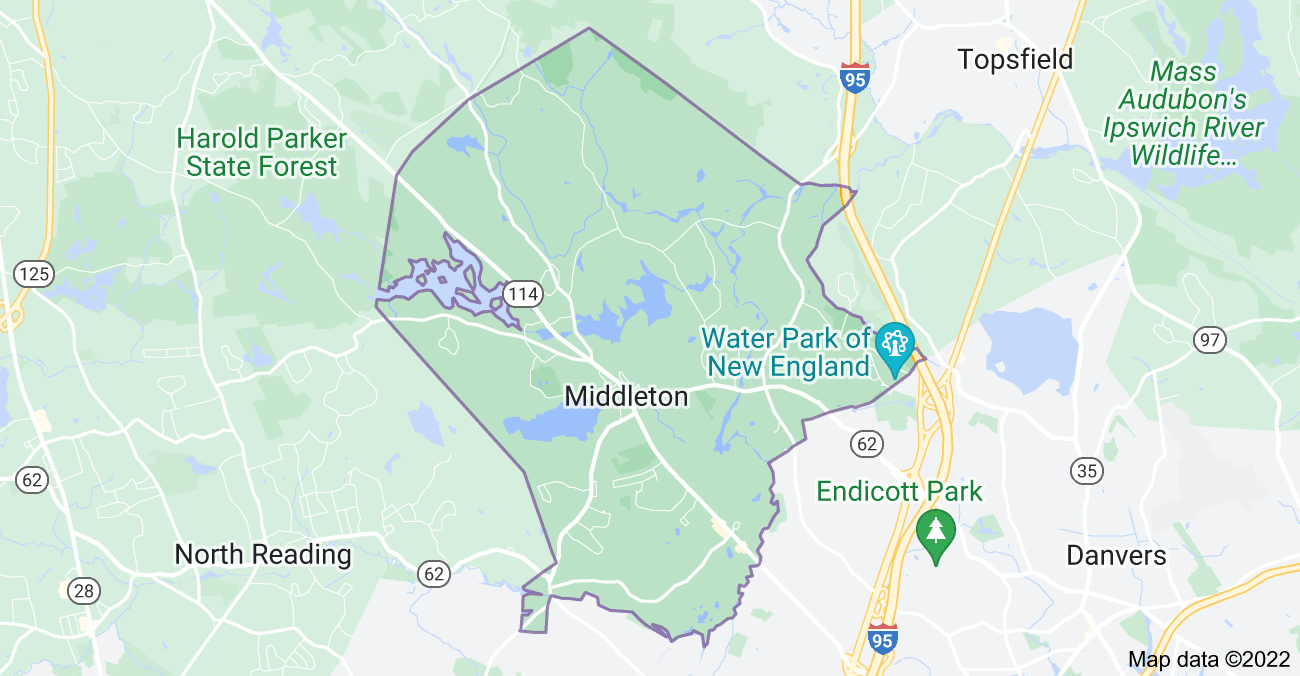 What’s My Middleton Home Worth?