During King Philip’s War (1675–76), the town’s populace took shelter within the confines of a fort constructed along the Nemasket River. The site is located behind the Memorial High School (now a kindergarten). Before long, the fort was abandoned and the population withdrew to the greater shelter of the Plymouth Colony. In their absence, the entire village was burned to the ground, and it would be several years before the town would be refounded. Western Middleborough broke away in 1853 and formed the town of Lakeville, taking with it the main access to the large freshwater lakes there, including Assawompset Pond.

Middleborough was once called the “shoe capital of the world.” It is still home to the Alden Shoe Company, one of the last remaining shoe manufacturers in America. Middleborough has since become the cranberry capital of the world, hosting the corporate headquarters of Ocean Spray Cranberries. Notable sights include the 1870s Victorian-style town hall, the Greek revival-style town library, and in the spring, the Nemasket River teems with alewife and blueback herring running upstream to the Assawompset Ponds complex to spawn. 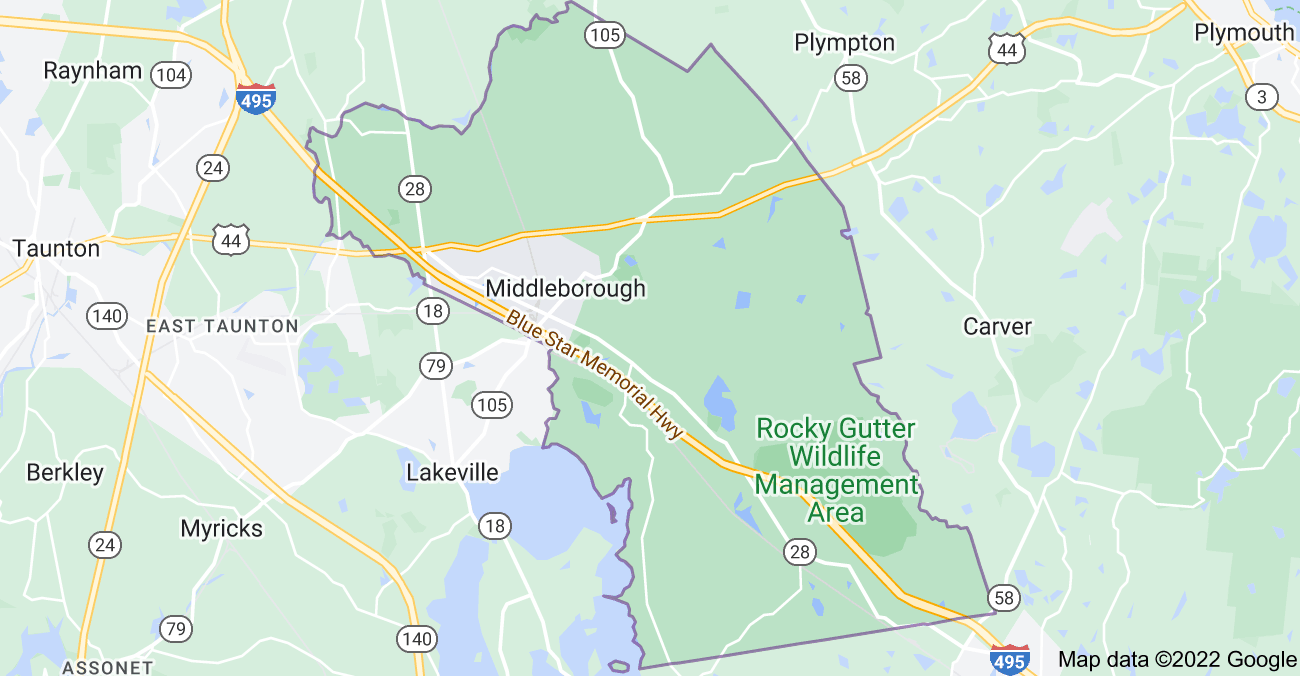 What’s My Middleboro Home Worth?