The City of Methuen was originally organized as a town in 1725 when Lt. Stephen Barker petitioned to divide the Town of Haverhill. Governor Dummer signed the act establishing the Town of Methuen, naming it in honor of Sir Paul Methuen, a friend of the Governor’s and member of the King’s Privy Council. The first Town Meeting was held March 9, 1726.

Industrial growth in the 1800’s influenced Methuen’s development. Construction of the Methuen Cotton Mills at Spicket River falls in the 1820’s and the increased manufacturing of hats and shoes in small factories along the Spicket River spurred the centralization of Methuen’s economic, residential and cultural activities within the area around Osgood, Broadway, Hampshire and Pleasant Streets.

Three wealthy and prominent families — the Nevins, the Tenney and the Searles played a significant role in Methuen’s history and development. Thanks to those families, the City boasts some of its finest landmarks including the Nevins Memorial Library, the Searles building, Tenney Gatehouse, Nevins Home, Spicket Falls, and the Civil War Monument between Pleasant and Charles Streets. 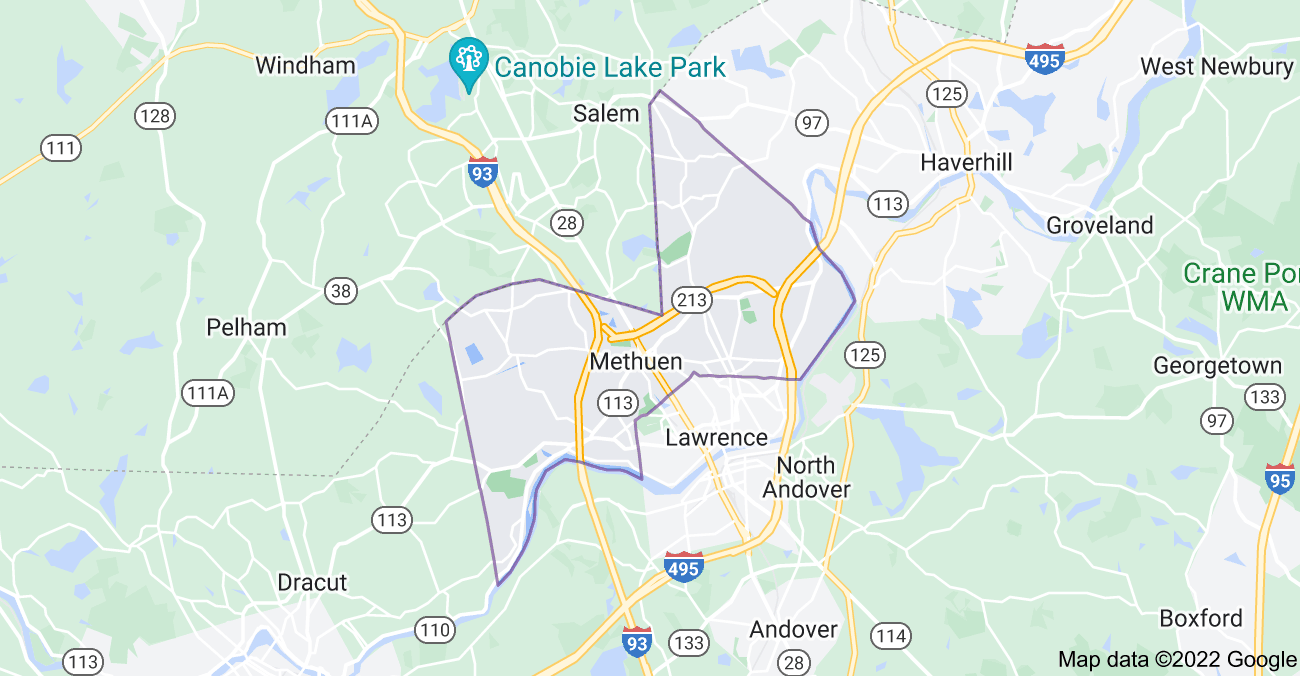 What’s My Methuen Home Worth?