Settled by the English in 1638 as a part of Salisbury and later as a part of Amesbury around the village of Merrimacport, it was known throughout the seventeenth and eighteenth centuries as an agricultural and fishing community, with a small amount of shipbuilding. When Amesbury separated from Salisbury in 1666, Merrimac was referred to as the West Parish of Amesbury, or simply West Amesbury, although it was unincorporated. When a border dispute between the Massachusetts and New Hampshire colonies was settled in 1741, the new border sliced off the parts of Amesbury that were further from the Merrimack River, with the area then associated with West Amesbury becoming the “new town” of Newton, New Hampshire.

In 1771, the West Parish of Amesbury (present-day Merrimac) had a population of at least four enslaved Africans. They were held in bondage by town residents Isaac Merrill, Benjamin Morse, and Wells Chase. 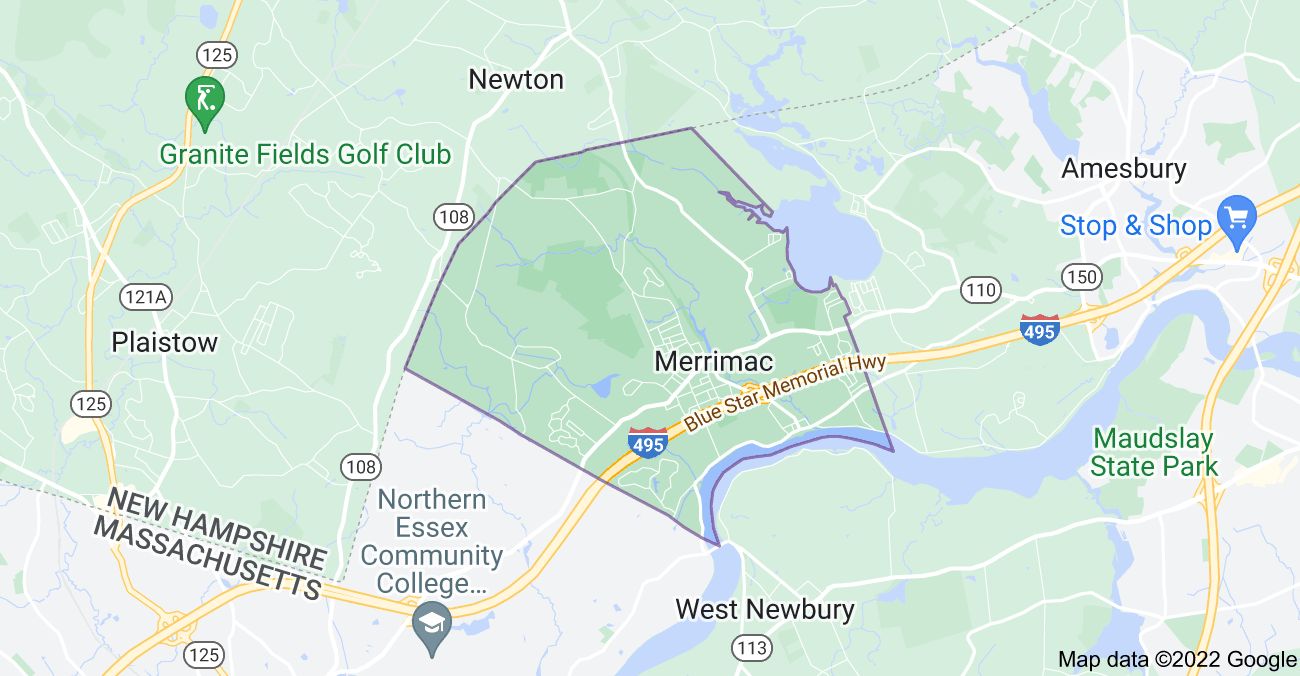 What’s My Merrimac Home Worth?