After nearby Medfield was established as a town in 1651, an increasing number of newcomers settled on the land west of the Charles River. By 1712, this settlement west of the Charles had grown large enough to petition the Massachusetts General Court for the creation of a separate new town. That petition was granted, and the town of Medway incorporated on October 25, 1713. At its founding by Henry Garnsey, and for 170 years afterward, the town of Medway included the land that is now Millis. Eventually, the eastern section of the town, known as East Medway, separated in 1885 to form the town of Millis, and Medway assumed the shape it has today.

The main cause for the independent formation of Millis from Medway was the physical separation caused by a massive tract of undevelopable land appropriately named in those times, the Great Black Swamp. The Black Swamp was at the geographical center point of Medway and East Medway. 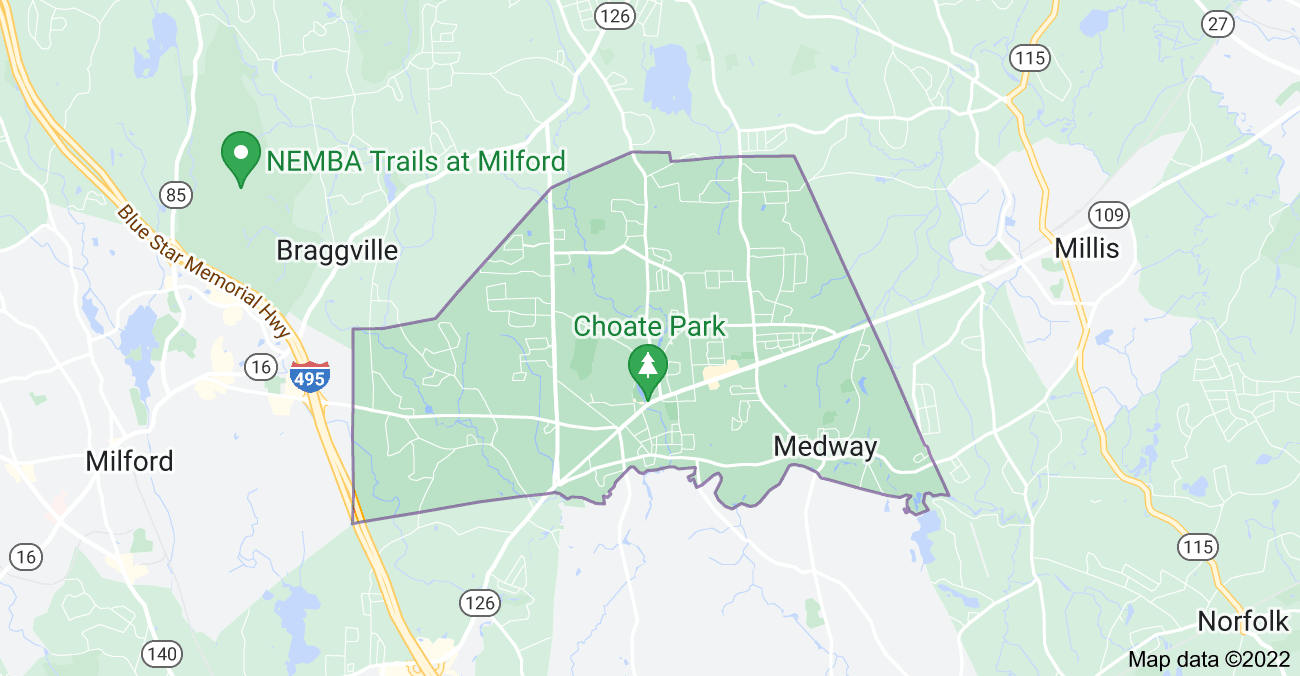 What’s My Medway Home Worth?