The majority of present-day Medfield had been granted to Dedham in 1636, but the lands on the western bank of the Charles River had been meted out by the General Court to individuals. Edward Alleyn, for example, had been granted 300 acres in 1642. Dedham asked the General Court for some of those lands and, on October 23, 1649, the Court granted the request so long as they established a separate village there within one year. Medfield (New Dedham) was first settled in 1649, principally by people who relocated from the former town. The first 13 house lots were laid out on June 19, 1650.

Dedham sent Eleazer Lusher, Joshua Fisher, Henry Phillips, John Dwight, and Daniel Fisher to map out an area three miles by four miles and the colony sent representatives to set the boundaries on the opposite side of the river. The land that Dedham contributed to the new village became Medfield, and the land the colony contributed eventually broke away to become Medway in 1713. Millis would later break away from Medway. 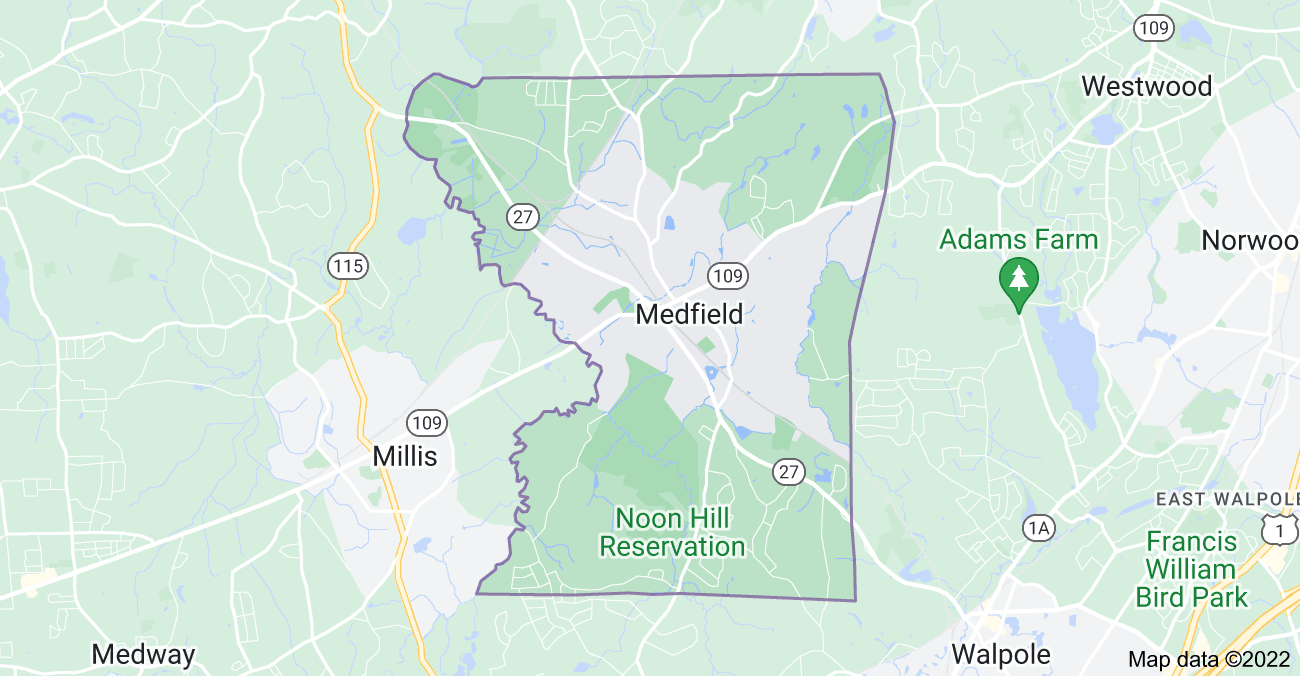 What’s My Medfield Home Worth?