The area now known as Maynard was originally known as “Assabet Village” and was then part of the towns of Stow and Sudbury. The Town of Maynard was incorporated as an independent municipality in 1871. There were some exploratory town-founding rumblings in 1870, followed by a petition to the Commonwealth of Massachusetts, filed January 26, 1871. State approval was granted April 19, 1871. In return, the new town paid Sudbury and Stow about $23,600 and $8,000 respectively. Sudbury received more money because more land came from Sudbury and Sudbury owned shares in the railroad, and the wool mill and paper mill were located in Sudbury. The population of the newly formed town—at 1,820—was larger than either of its parent towns.

Formation of new towns carved out of older ones was not unique to Maynard. Nearby Hudson, with its cluster of leather processing and shoe-making mills, seceded from Marlborough and Stow in 1866. In fact, the originally much larger Stow formed in 1683 lost land to Harvard, Shirley, Boxborough, Hudson and Maynard. 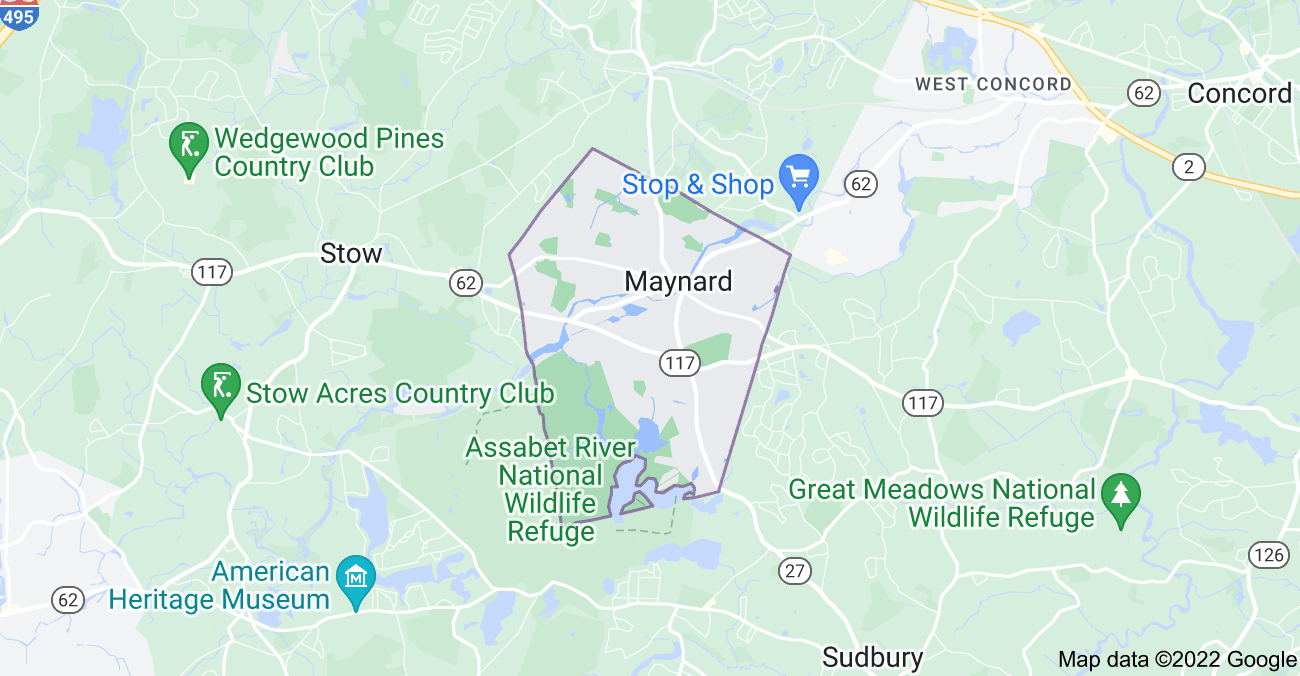 What’s My Maynard Home Worth?