In the early 20th century Ludlow developed from a mill town into a streetcar suburb of Springfield, Massachusetts, with a trolley line running over the bridge from Indian Orchard. Ludlow also had two railroads that traversed the town: the Springfield, Athol and North-eastern Railroad and the Hamden Railroad. The Hamden Railroad was closed and Interstate 90 was constructed over its former tracks. The Springfield, Athol, and Northeastern Railroad was reduced in length in the late 1930s as a result of the creation of Quabbin Reservoir. The train station for this line was at the corner of Winsor Street and Sewall Street and was the last station from Boston when the railroad closed in the 1950s. The train station was demolished in 1960. In 1981, the Stony Brook Power Plant was constructed in the town providing 517 Megawatts of electricity to 24 municipalities. In 1983, the plant became the first combined-cycle power plant in Massachusetts.

Since the 1950s, the development of numerous subdivisions has added to Ludlow’s growth. 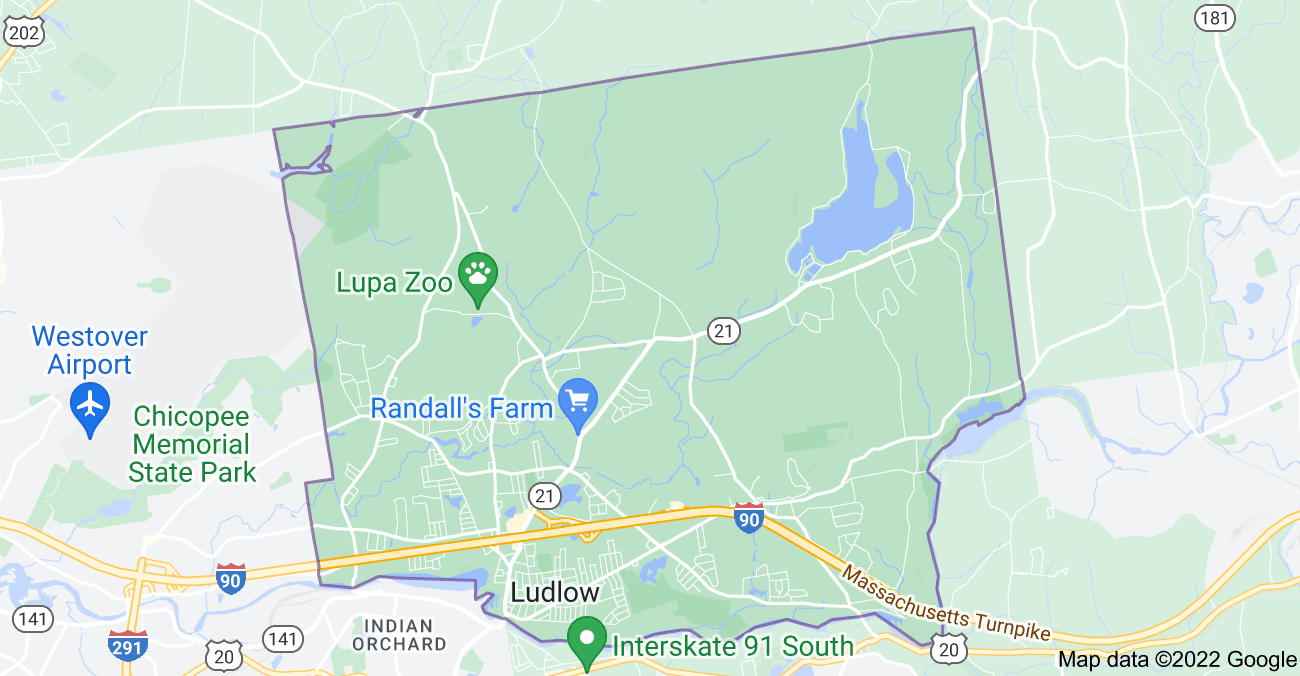 What’s My Ludlow Home Worth?