Weston is the wealthiest suburb in the Boston area and has the highest per capita income in Massachusetts, it is among the 100 most affluent towns with 1,000 or more households in the United States and it has one of the top public school system in Massachusetts.

Some famous architects such as McKim and Richardson designed luxurious houses in the town, which witnessed a rapid increase in population from 1920 to 1935, and then again after World War II. The Boston oriented suburbanization has continued as a major factor in the town’s development. 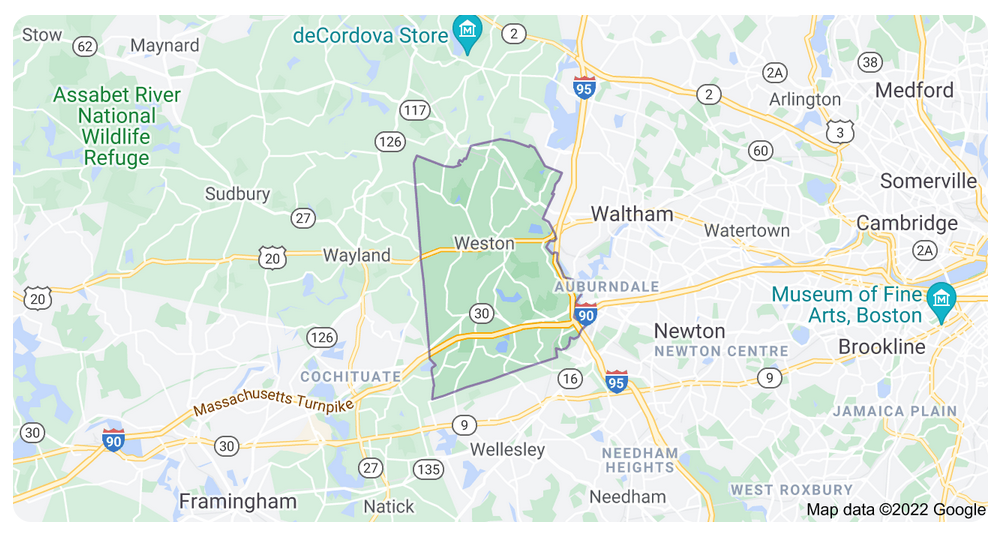 What’s My Weston Home Worth?