Newton’s proximity to Boston along with its historic homes, good public schools, charming  and quiet neighborhoods make it a desirable community for those who commute to Boston. Newton is served by three modes of mass transit run by the MBTA: light rail, commuter rail, and bus service.

Newton resembles a patchwork of thirteen villages with their own particular characteristics and has been consistently ranked as one of the best cities in the country in which to live. In August 2012, Money magazine named Newton fourth best small city among places to live in America. 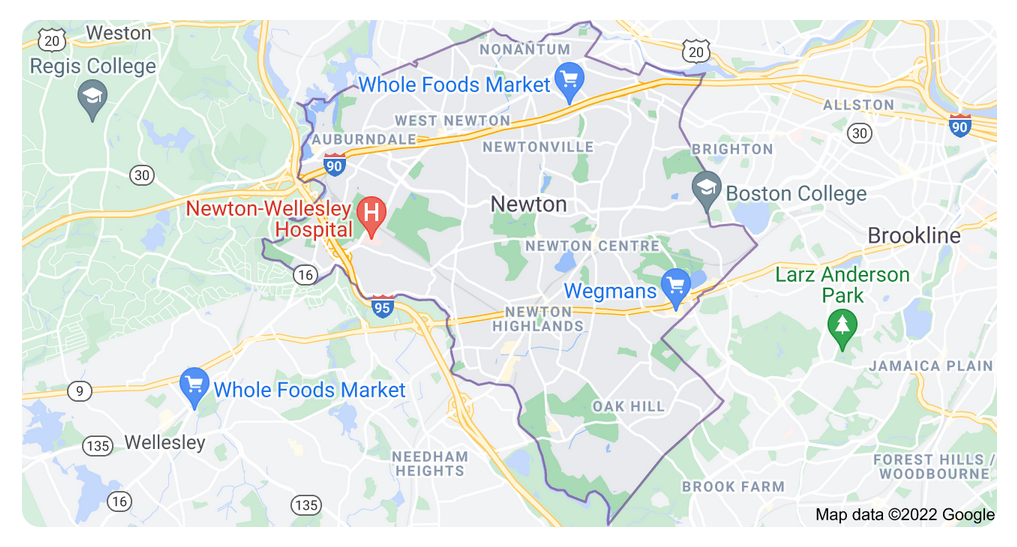