The Town of Northborough, originally part of the Town of Marlborough, then Northborough, was incorporated in 1766 and became a full-fledged town with the right of representation at the Great and General Court of Boston in 1775.

Scattered along the tributaries of the Assabet River, numerous mills serve as markers of another kind, commemorating the places where textile manufacturing and other early industry boomed, and then, ebbed and died. Today, in addition to providing the setting for several working farms, Northborough is also host to a burgeoning research and development-oriented industrial park; however, the town serves primarily as a residential area, rural home to Boston and Worcester commuters. 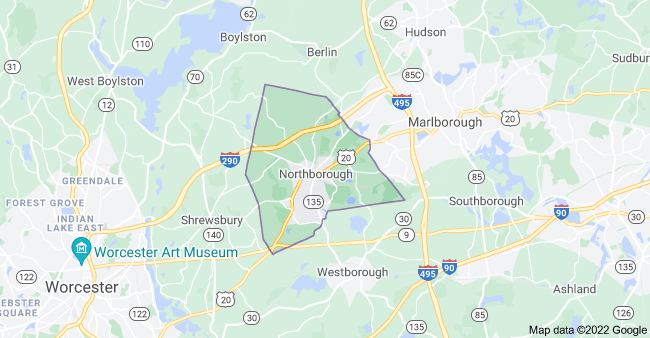