Belmont was established on March 10, 1859, by former citizens of, and land from the bordering towns of Watertown, to the south; Waltham, to the west; and Arlington, then known as West Cambridge, to the north. They also wanted a town where no one could buy or sell alcohol (today, a person can buy alcohol in this town). The town was named after Bellmont, the 200 acre (0.8 km²) estate of the largest donor to its creation, John Perkins Cushing. Cushing Square is named after him and what was left of his estate after it nearly burned to the ground became a Belmont Public Library branch.

Preceding its incorporation, Belmont was an agrarian based town, with several large farms servicing Boston for produce and livestock. 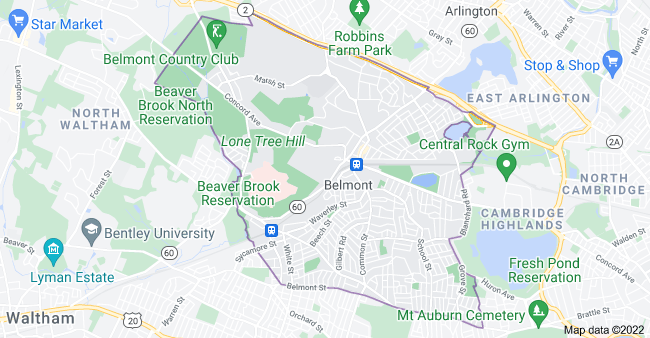 What’s My Belmont Home Worth?