Hyannis is a village on the Cape Cod peninsula in Massachusetts. It’s known for beaches like wide Kalmus Park Beach and the private Kennedy Compound at nearby Hyannis Port. The John F. Kennedy Hyannis Museum chronicles the assassinated U.S. president’s family vacations through videos and photographs. At the harbor, the Cape Cod Maritime Museum has boat-building exhibits. Ferries connect Hyannis to Nantucket Island.

Hyannis is a major tourist destination and the primary ferry boat and general aviation link for passengers and freight to Nantucket Island. Hyannis also provides secondary passenger access to the island of Martha’s Vineyard, with the primary passenger access to Martha’s Vineyard being located in Woods Hole, a village in the nearby town of Falmouth. Due to its large natural harbor, Hyannis is the largest recreational boating and second largest commercial fishing port on Cape Cod, behind only Provincetown. 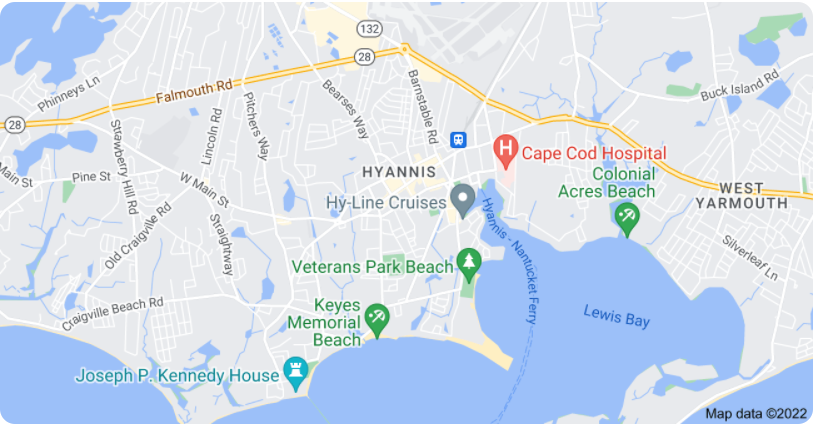 What’s My Hyannis Home Worth?