Brewster was first settled in 1656 as a northeastern parish of the town of Harwich. The town separated from Harwich as the northern, more wealthy parish in 1693, and was officially incorporated as its own town in 1803 when the less wealthy citizens of Harwich were upset that the town’s institutions were all on Brewster’s main street (now Route 6A), including the town hall and churches. Brewster was named in honor of Elder William Brewster, the first religious leader of the Pilgrims at Plymouth Colony. 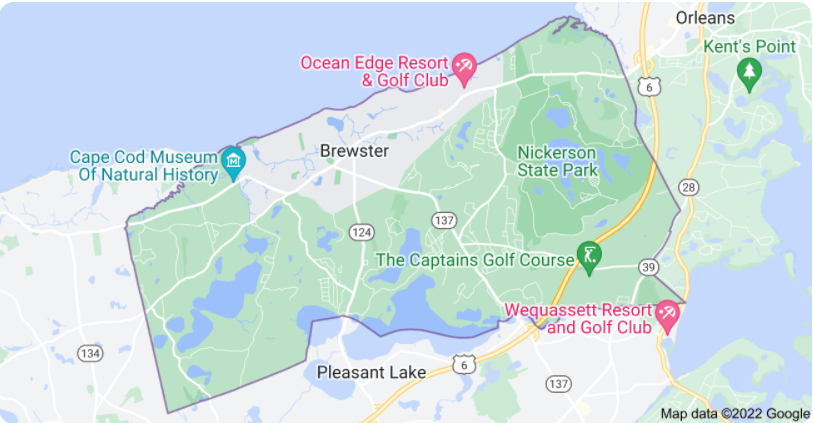