Bridgewater was established as a part of Duxbury in 1645 by purchase from the Native Americans by 54 proprietors – most who did not settle there. Bridgewater was created on 3 June 1656 from Duxbury in Plymouth Colony. The town was placed in Plymouth County when counties were formed in 1685. For a brief time, the town was part of the Dominion of New England from 1686 to 1689. The town is still in Plymouth County, though was in limbo, until the “Colony” was merged with Massachusetts Bay Colony in 1691 that became the Commonwealth of Massachusetts. 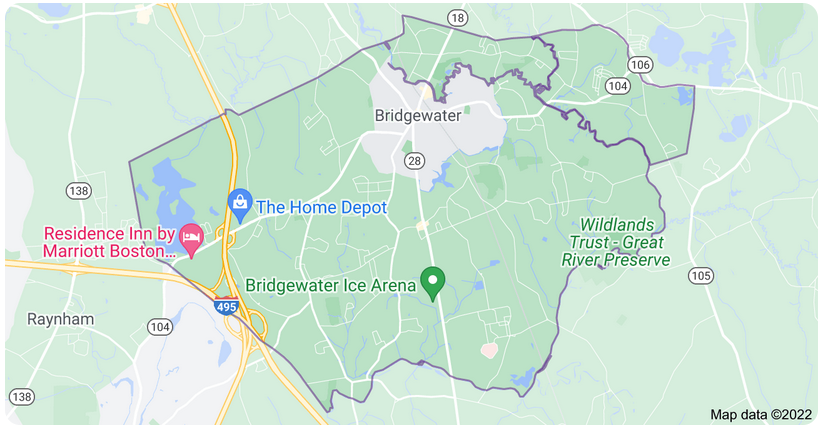