The city is located north of Boston, nearly at the head of the Mystic River Valley and roughly halfway between Lowell and Boston. Woburn was settled in 1640 and incorporated as a distinct township in 1642. It is one of the oldest and most historic communities in New England. Colonial Woburn once also encompassed the modern Massachusetts towns of Wilmington, Burlington and Winchester who broke off into separate townships in 1730, 1799 and 1850 respectively. 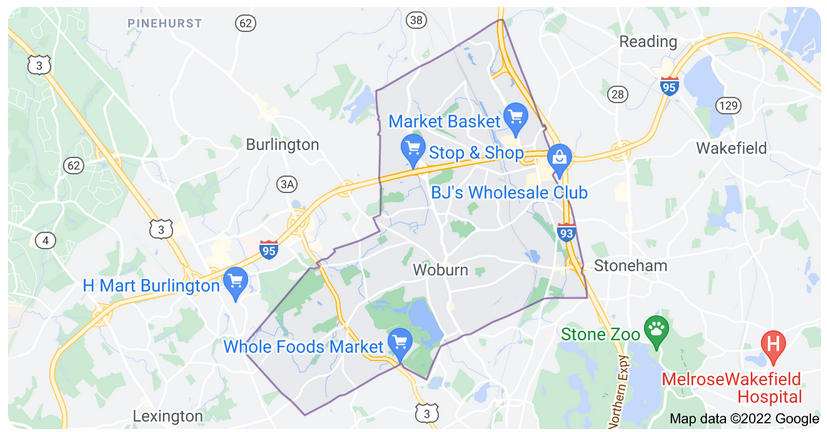