Burlington is now a suburban industrial town at the junction of the Boston-Merrimack corridor, but for most of its history it was almost entirely agricultural, selling hops and rye to Boston and supplementing that income with small shoe-making shops. Early railroad expansion passed the town by (although the town was serviced by the Middlesex Turnpike), limiting its early development, and Burlington continued to cure hams for the Boston market and produce milk, fruit, and vegetables.

This picture changed drastically, however, as soon as Route 128 was built. The highway kicked off an enormous expansion, and between 1955 and 1965 Burlington was the fastest growing town in the state. In one five-year period, its population tripled as residential and commercial retail development exploded creating the town’s present character. It is currently a residential and professional hub. 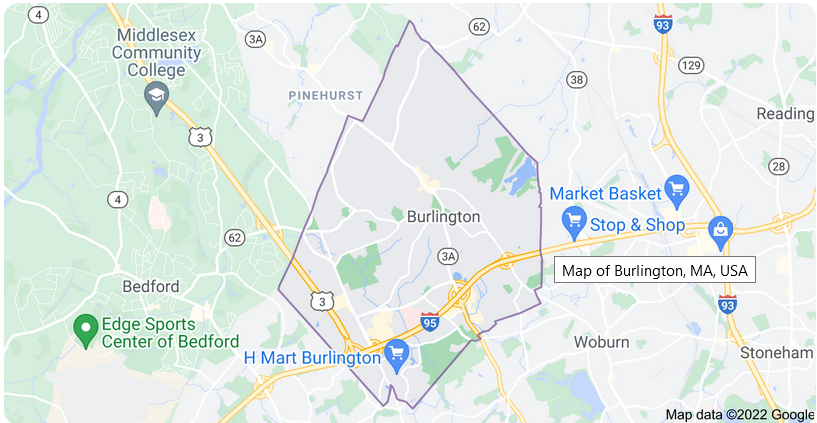 What’s My Burlington Home Worth?