Chambers Russell, a Representative in the Court in Boston, was influential in the town’s creation. In gratitude, Russell was asked to name the new town. He chose Lincoln, after his family home in Lincolnshire, England. His homestead in Lincoln was later known as the Codman House property, which was occupied after his death by his relatives, the Codman family.

Lincoln is reportedly the only town in America named after Lincoln, England (and not the Revolutionary War Major General, Benjamin Lincoln or President Abraham Lincoln), although Lincoln, New Hampshire was named for the 9th Earl of Lincoln, an English nobleman and incorporated in 1764, 45 years before Abraham Lincoln’s birth.

Paul Revere was captured by British soldiers in Lincoln on the night of April 18, 1775. Minutemen from Lincoln were the first to arrive to reinforce the colonists protecting American stores of ammunition and arms in Concord. Colonel Abijah Pierce of Lincoln led his troops, armed with a cane. He upgraded his weapon to a British musket after the battle. Five British soldiers who fell in Lincoln are buried in the town cemetery. A substantial portion of the first battle of the Revolutionary War, the Battle of Lexington and Concord, was fought in Lincoln. 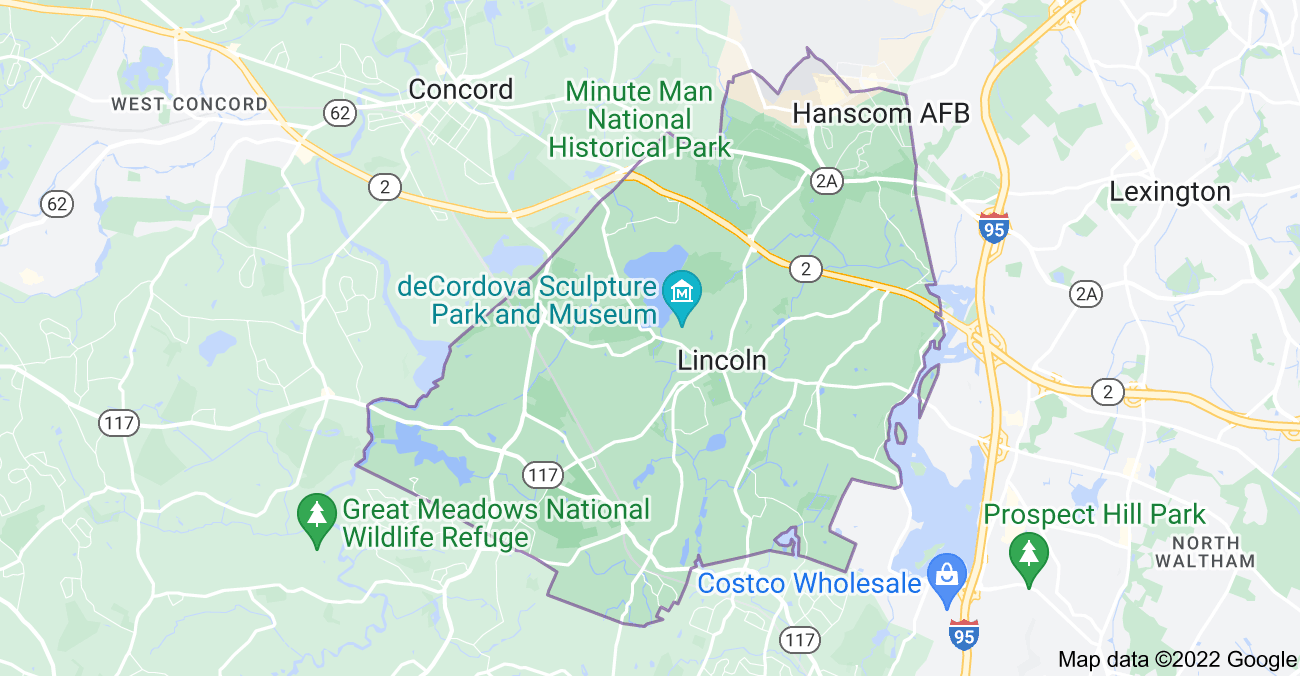 What’s My Lincoln Home Worth?