The Town of Leicester, for the majority of its visitors and residents, appears to be a town that throughout its history has remained largely rural and agricultural. However, a closer look at the community reveals Leicester’s industrial past.

The town was first called Towtaid, which was the name given to this place by the Nipmuc group that had sold the land, and later Strawberry Hill since wild strawberries grew in great quantities. The name Leicester was finally settled upon, after Leicester, England where the father of the first selectman, Thomas Green, had originated.

The area was abundant with small rivers and streams feeding into both the Blackstone and Quinneboag River Valleys. This abundance of water allowed numerous grist, fulling, and saw mills to be constructed by time of the American Revolution.

he Town Of Leicester is a community that epitomizes the farm to factory movement which occurred in the early part of the industrial revolution. As mills were being built all over New England where water power was available, Leicester began to construct larger and better mills to replace the small pre-industrial mills that dotted the landscape. 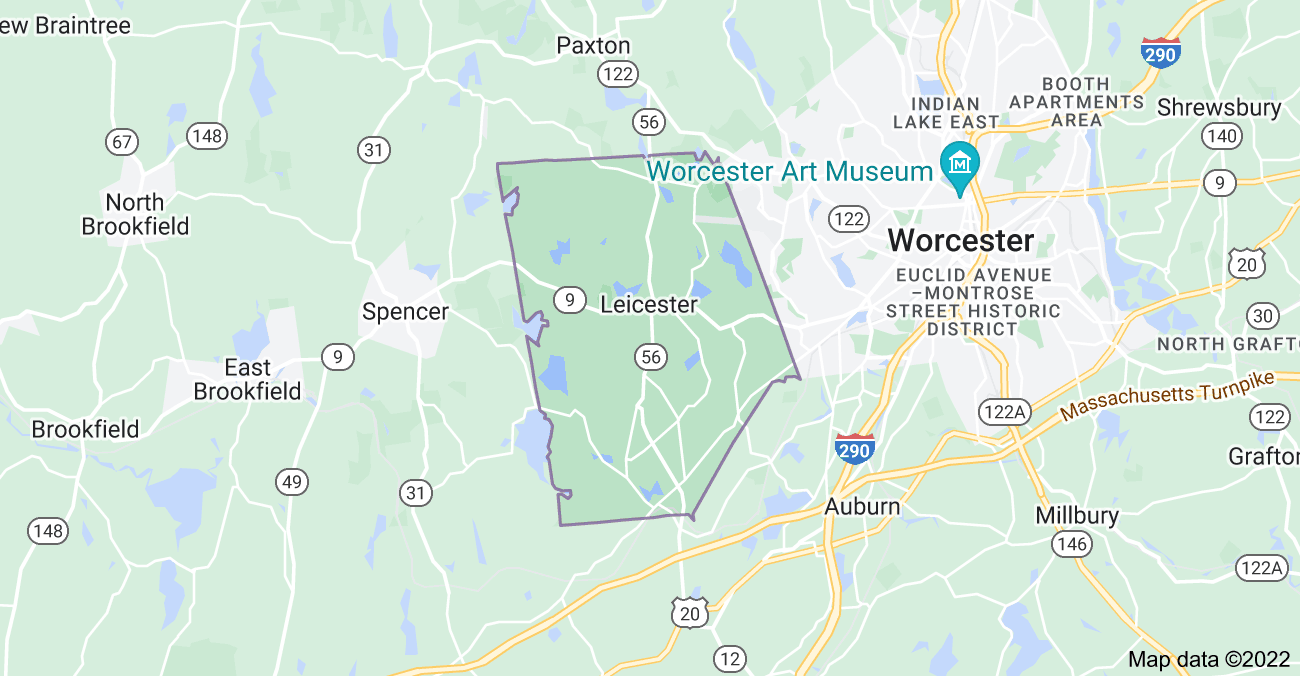 What’s My Leicester Home Worth?