Lawrence is a smaller sized city of just under 7 square miles located in Essex County, Massachusetts, United States, on the Merrimack River. At the 2020 census, the city had a population of 89,143. Surrounding communities include Methuen to the north, Andover to the southwest, and North Andover to the east. Lawrence and Salem were the county seats of Essex County, until the Commonwealth abolished county government in 1999. Lawrence is part of the Merrimack Valley.

Manufacturing products of the city include electronic equipment, textiles, footwear, paper products, computers, and foodstuffs. Lawrence was the residence of poet Robert Frost for his early school years; his essays and poems were first published in the Lawrence High School newspaper. Lawrence is also the Birth Place of singer Robert Goulet who was born Haverhill St. in 1933. 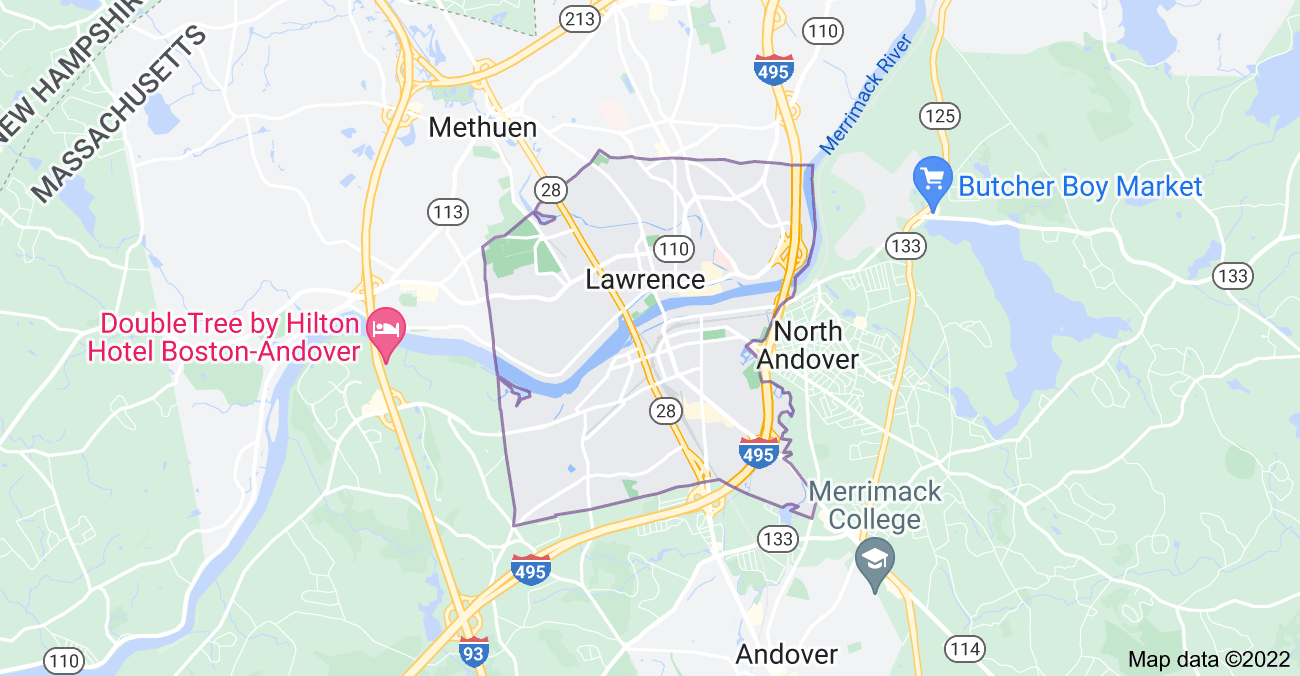 What’s My Lawrence Home Worth?