In 1643 Lancaster was first settled as “Nashaway” (named after the local Nashaway Native American tribe) by a group of colonists known as the Nashaway Company who may have initially been interested in iron deposits in the area. Several of the company were blacksmiths or gunsmiths, including, Herman Garrett, and as early as 1653 a settler, George Adams, was whipped for selling guns and alcohol to the Indians in the area. The town was officially incorporated and renamed “Lancaster on the Nashua” in 1653.

Supporters of Lancaster’s founder, John Prescott, born in 1604 (great grandfather of Bunker Hill leader William Prescott), wished to name the new settlement Prescott, but the Massachusetts General Court considered such a request from a common freeman presumptuous, given that at that time, not even a governor had held the honor of naming a town after himself. Instead, they decided to use Lancaster, the name of Prescott’s home town in England.

Until it was cut down in 1989 due to safety concerns, Lancaster boasted the largest oak tree in the state, called the Beaman Oak, named after settler Gamaliel Beaman (1623–1677). 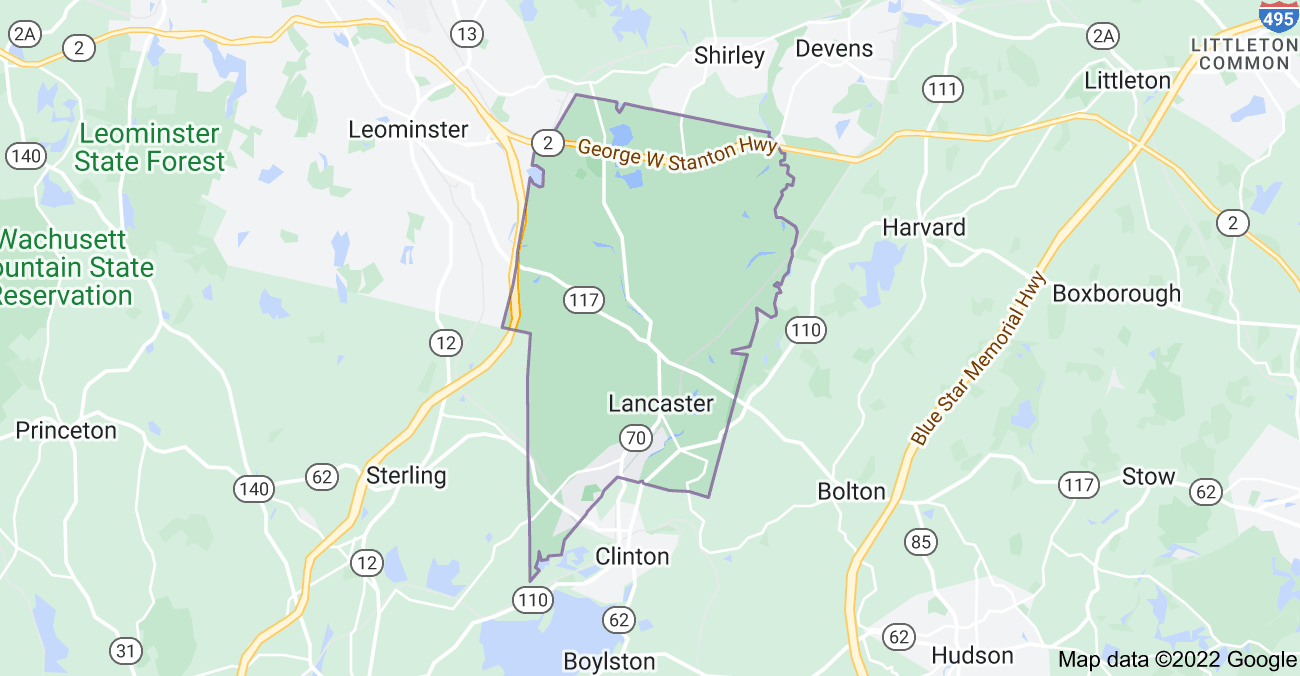 What’s My Lancaster Home Worth?