Huntington has a colorful history, hinted at by the town’s incorporation date of 1855, decades later than the towns around it. The town was assembled from pieces of surrounding towns, which were grafted onto the town of Norwich.

The present village center sits on what was the meeting point of three towns and two counties. The location of the village created a tangle of jurisdictional confusion. With the coming of the railroad in the 1840’s and the expansion of industry and population that came with it, the political dificulties that the boundaries presented became untenable.

The solution that resulted in the town we call home today was crafted by a Northampton attorney named Charles Huntington. Once it was incorporated, Mr. Huntington presented the new town with a gift that was the foundation of the town’s library. After some discussion, the newly-formed town voted to adopt the of name of ‘Huntington’, in honor of its recent architect and benefactor.

Click on the links below to learn more about the history of our town. The following documents are no longer in print. They are offered here in PDF format in the hope of extending the knowledge they contain to new generations. 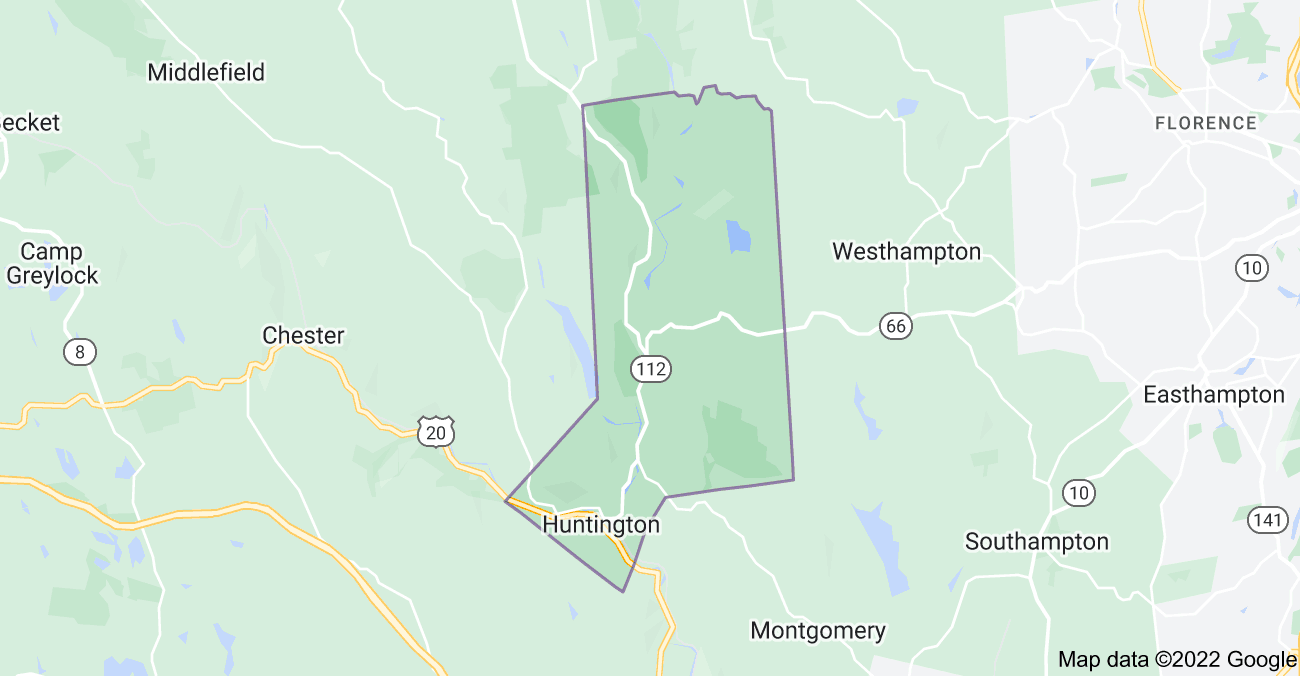 What’s My Huntington Home Worth?