Hudson is a town in Middlesex County, Massachusetts, with a total population of 20,092 as of the 2020 census. Before its incorporation as a town in 1866, Hudson was a neighborhood and unincorporated village of Marlborough Massachusetts, and was known as Feltonville. From around 1850 until the last shoe factory burned down in 1968, Hudson was a mill town specializing in the production of shoes and related products. At one point the town had 17 shoe factories, many of them powered by the Assabet River, which runs through town. The many factories in Hudson attracted immigrants from Canada and Europe. Today most residents are of either Portuguese or Irish descent, with a smaller percentage being of French, Italian, English or Scotch-Irish descent. While some manufacturing remains in Hudson, the town is now primarily residential. Hudson is served by the Hudson Public Schools district. 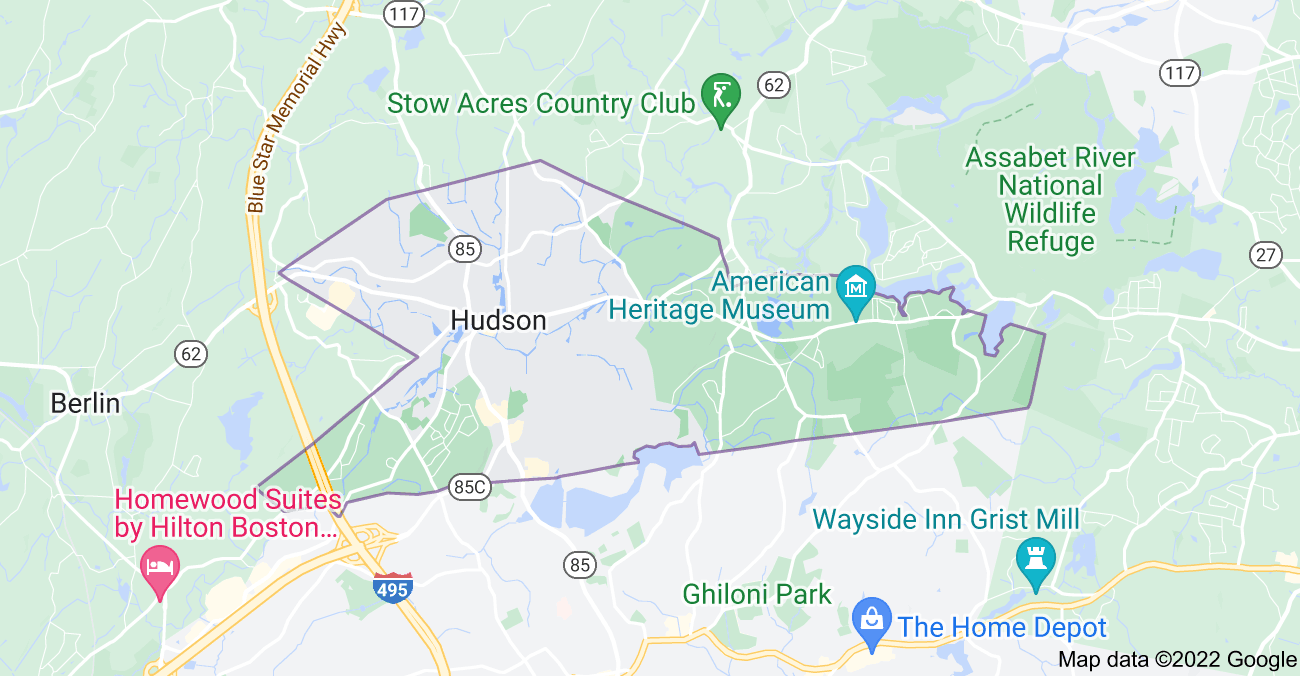 What’s My Hudson Home Worth?