Hopedale was first settled by Europeans in 1660. Benjamin Albee built a mill on what is now the south end of Hopedale in 1664. A 64-square-mile (170 km2) area of the Blackstone Valley was incorporated as the town of Mendon. In 1780, Milford separated from Mendon. On August 26, 1841, Adin Ballou, along with the Practical Christians, gave Hopedale its name, within the town of Milford. Ballou and the Practical Christians established the Hopedale Community based on Christian and socialist ideologies in 1842. The utopian commune went bankrupt in 1856, and its assets were purchased by Ebenezer and George Draper, manufacturers of looms. Various industries developed under the direction of the Draper brothers, including the Hopedale Machine Company and Hopedale Furnace Company.

The town was officially incorporated in 1886 when it separated from Milford. George Draper designed, paid for, and constructed the town hall, which is constructed of granite from Milford and sandstone, and was dedicated in 1887. The Unitarian church was another gift from the Drapers, and the Bancroft Memorial Library was a gift from a superintendent at the plant. The marble sculpture outside the library was paid for by the Drapers and shipped from Rome in 1904. In 1905, women were granted permission to swim at the town beach. 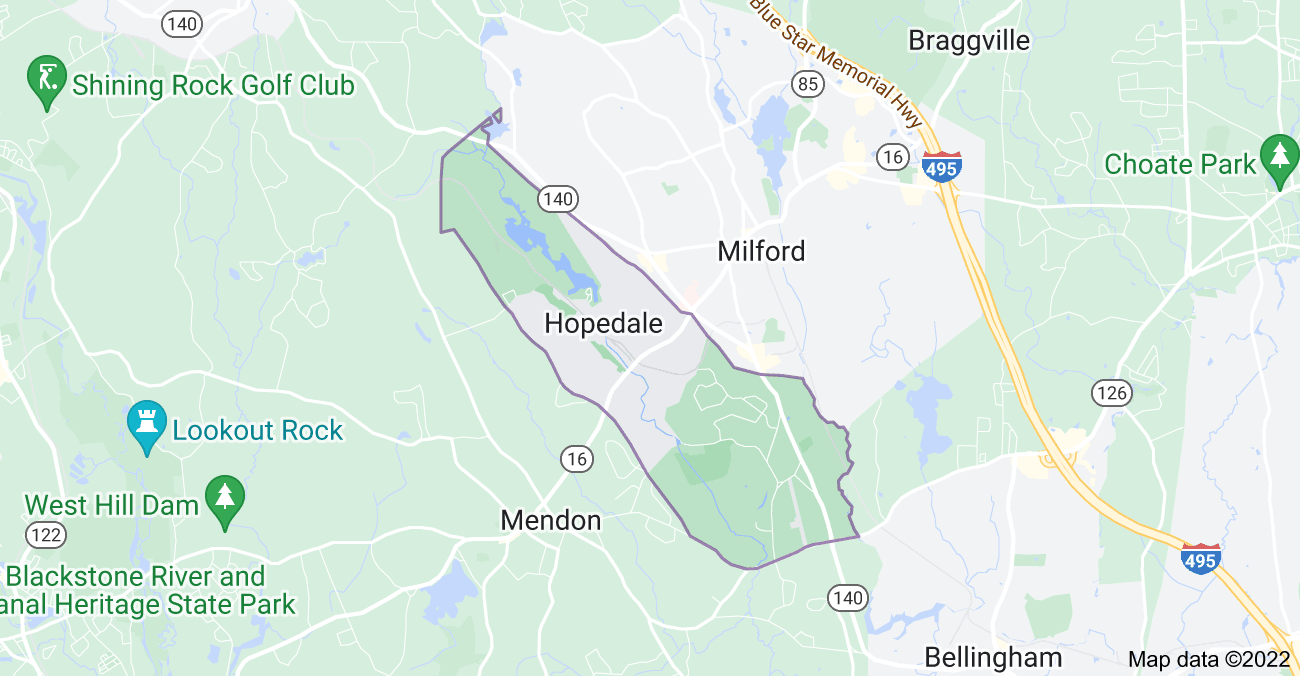 What’s My Hopedale Home Worth?